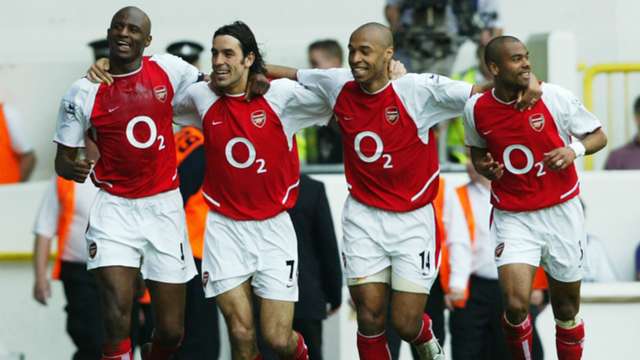 The significance of the badge

During our unbeaten run in the early 2000’s, Arsenal fans were treated to scintillating and free flow attacking football by players who played for Arsenal with so much passion. We had players like Vieira and Adams who would fight to protect the badge; we had Henry who would give an arm and a leg just to see Arsenal succeed, and several other players like them. It was not uncommon then to see players kissing the badge on their shirt whenever they score a goal or they prevent a goal. The kiss on the badge signifies total loyalty. But not anymore; these days, a kiss on the badge might just be a way of identifying with shirt sponsors or sportswear brand.

As fans, we invest all sorts of emotions in our football clubs and deceive ourselves that the players somehow feel the same sense of loyalty and duty; as fans, we assume they share our passions and that the name of our Arsenal FC is aggressively etched on their hearts, but the truth is different. Most feel as much loyalty to the club badge they are pecking for the cameras as they do to the logo of the kit manufacturer stamped alongside.

A player may kiss the badge of a shirt in August and by February of the next year; he is kissing the badge of another club. Where is the loyalty in all this? Do these players really care about loyalty anymore? What a world we find ourselves in at the moment.

We have seen players like Ray Parlour, Ian Wright and David Seaman play for Arsenal with passion and loyalty written all over them. Whenever Arsenal plays, the world took notice then because they saw men and boys, willing to tear the stadium down, just to make Arsenal win. These same set of players were ready to spend their eternity in Arsenal; they were not moved by money then but by pure passion. Footballers of several years ago could spend as much as 20 years playing for a football club. They were emotionally tied to their clubs and this created a strong bond between them and the fans. Can footballers of this generation of ours, please take a cue from the footballers of old? The game of football needs players who can honestly kiss a badge and be ready to give their total loyalty to the cause of their clubs; but can we find such players in today’s football? Your opinion is welcome.