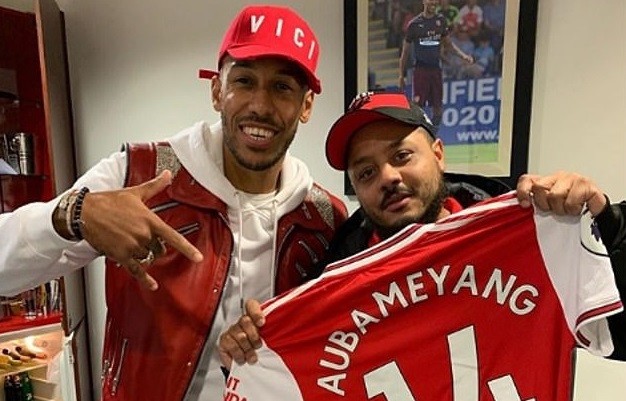 Let me give you a scenario. Your team captain associates with someone that repeatedly swears and insults your teammates, sometimes in very vile terms.

That captain has to share a dressing room with players that his “friend” publically insults to as many as half a million viewers. Many attend games in that stadium and influenced by that vitriol then abuse the manager, board and club.

Well, in my opinion, that is actually happening right now with our own captain, Pierre-Emerick Aubameyang.

He has a relationship with the AFTV Youtuber Troopz, a person that delights in telling Auba’s teammates to F off and unleashing a string of expletives. Yup, this is actually happening.

I do watch the occasional AFTV video but purely to see the rabid meltdowns, not for no other reason. They are utterly negative, they lead the chorus of Wenger out, they offer almost no balance, it is literally pure hatred towards Arsenal’s own players, managers and club.

Don’t believe me? watch this

After the Leicester game, Troopz rated Auba with a 4 and he uses that as an excuse that he is not biased towards the captain. Yet, did any of you hear any insults from him towards Auba? Of course you did not but he sure does get personal with other Arsenal players.

This is a new dawn, there is alternative new media and AFTV have been pioneers in that but their whole business model is built on being negative towards Arsenal.

They have made a very good living from swearing and insulting Arsenal players, think about that.

Aubameyang has a responsibility to his employees, people that pay him a huge amount of money and yet he thinks it’s just fine to hang out with a man that abuses his boss, teammates and club that pays him.

Of course, AFTV and Troopz are entitled to their opinions but there is no need for the vile abuse they hand out. We do not do it on here and we would not condone it.

If you do not have the intelligence to rip your team to shreds without abusing them then expect a response from those Arsenal fans that do not appreciate the abuse you spew.

This is not about freedom of speech or anything like that, it is about our own captain thinking it is just fine to be friends with a man that attacks his own teammates. How the hell is that going to unite the dressing room? How is that going to lift morale?

I am no fan of AFTV, I admit that but there is room for them. However, if they carry on as they are then they will continue to be rightfully criticised and there will continue to be fights at the Emirates from decent Arsenal fans that have had enough with their toxic money-making activities insulting the players and club day after day.

For my fellow Arsenal fans that will defend Troopz and AFTV, think about this. It could easily be your favourite player they go after next. I mean, Iwobi, Mustafi, Xhaka etc. Who next? And trust me on this, when they do start on your favourite player it will spread and have a negative effect.

It is obviously not the fault of Troopz, DT, AFTV etc that Arsenal is playing rubbish but they have a huge reach and they do influence a lot of fans in a negative way. If you think that is a good thing then I am lost for words.

I have no time for Mesut Ozil but I would never ever swear at him, give him the middle finger and generally abuse him on a personal level. I rip his contribution and attitude to pieces, my fellow Gooners on here defend him just as strongly but we do it with respect and put coherent arguments forward.

If we did not then you can be certain others would post comments calling us out for being abusive, yet it’s ok for Auba to be friends with someone that does it almost daily and earns money from it. I mean, really?

Now, I will be balanced. here is Troopz response to the allegations

The thing is this, the article was written originally by David Ornstein. He is highly respected by most Arsenal fans, when he speaks most of us listen, he has no reputation for lying.

I have no doubts in my mind that Ornstein has reported the truth. Up to others to decide for themselves. I have made my mind up.