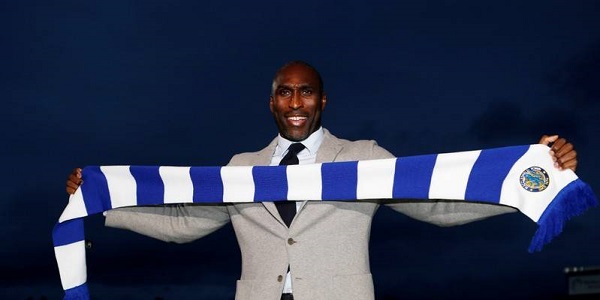 Sol Campbell deserves consideration as a replacement for Unai Emery.

Chelsea made a major decision when they decided to hand Frank Lampard the reins at Stamford Bridge and the former midfielder has been a revelation of some sort.

The Blues took a major gamble and it seems to be paying off. That is probably what Arsenal needs to do right now.

We have had some of the best players strut their stuff at Arsenal. Some of them have since gone on to make a name for themselves as managers.

Among the several players who are cult heroes for the Gunners, Sol Campbell has been doing a good job at the lower league positions that he has had, and in my opinion, he could be our own Frank Lampard.

Campbell was just named the manager of Southend after his good job at Macclesfield Town.

He would come into the Arsenal job with more or less the same managerial experience as Lampard had when Chelsea took a chance on him.

While Lampard had the luxury of managing at a higher level with Derby County, Campbell never had the same resources at Macclesfield Town. Yet he did a good job and I reckon that he would do the same given a chance with Arsenal.

Now, I know some, maybe even a lot, of my fellow Arsenal fans will be dismissive of the idea. But let’s be honest, he could hardly do a worse job than Emery or even dare I say, Arsene Wenger in his later years.