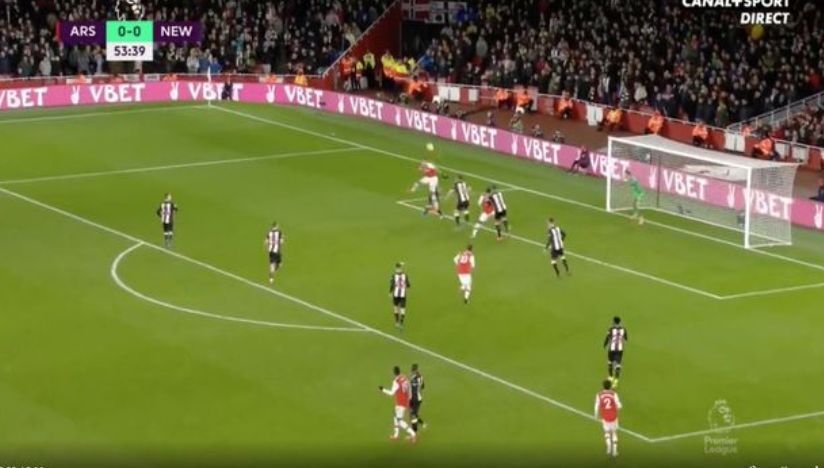 Opinion – Arsenal’s win over Newcastle has filled me with optimism

Why am I so happy today? Is it because I am still basking in the euphoria of Arsenal’s win against Newcastle? Is it because we have not won by a lot of goals in recent times? Or is just because finally, Arteta is starting to make the players play well? I can’t seem to place what it is about Arsenal that is making me excited, but I am surely so happy.

I remember I wrote an article here about how Arsenal was going to beat Newcastle by 4 goals to 1, and a lot of comments under my post were comments that questioned my strong believe in the team winning by such a wide margin. In that same article, I also predicted that Lacazette was going to score a goal in that match; well, that one too came to pass. What am I trying to say here? Simple; I am a prophet of football!

Newcastle has been thoroughly beaten and we need to move on. We need to prepare for our next game in the premiership, which is the game against Everton at the Emirates. Before Everton, we have a Europa league game against Olympiacos. In the game against Olympiacos, I believe we will still present a strong team that will be too hot for the Greek club to handle. We are playing away in their homeland, but that won’t save them from getting whipped. I believe we are going to win the Europa league this season and qualify for the Champions league.

Now, let me talk about playing Everton. Our record against Everton is a very impressive record. We have beaten them several times in the past, scoring more than two goals. In October 2017, we beat them by 5 goals to 2, in their own ground. In February 2018, they were beaten 5 goals to 1 at the Emirates. In May 2017 we beat them by 3 goals to 1, and who can forget the 6 goals to 1 thrashing Everton was handed by Arsenal in August 2009 in front of Everton’s home fans? See, we have had it easy playing Everton, even when they had very good coaches. Ancelloti is their manager and in all fairness to him, he has done a good job but even he won’t be surprised if his team were to lose to Arsenal, because we have a way of beating Everton, whenever they meet. We are beating Everton this weekend and we are going to do it the way we did it against Newcastle.