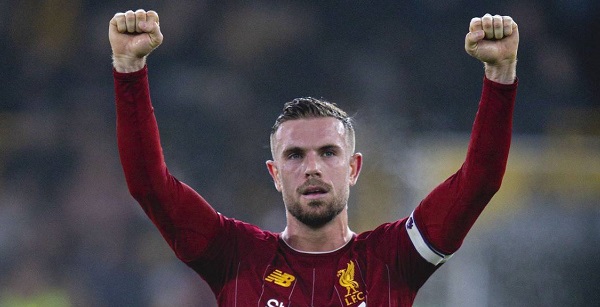 Liverpool will reportedly be without Jordan Henderson, Thiago Alcantara, and Alisson Becker for their Premier League game against Arsenal on Monday evening.

The Gunners will visit Anfield hoping to earn yet another win over the Reds whom they have already beaten twice since Mikel Arteta became their manager.

Those absentees will boost Arsenal’s morale ahead of the match and that should be a good thing.

Henderson has been one of the club’s most important player and their captain. He was replaced by Thiago in the game against Chelsea and the Spain international was expected to start the game against Arsenal before he also picked up a knock.

Alisson has made Liverpool a tougher team to beat and his penalty save against Chelsea in the last league game just shows how much of an important part of their team he is.

These players will be missed by the Reds, no doubt, however, we have to remember what happened in the semi-final of the 2018/2019 Champions League.

The Reds had lost 3-0 at Barcelona and lost most of their players to injury before the return leg at Anfield, yet they won the game 4-0 without their top players and Divock Origi leading their attack.

Our players have to be ready to play them like they are at their full strength to stand a chance tonight.