Is the beautiful game really what brings the planet together? by Matty Barnes

So yesterday the state TV station in China has pulled broadcasting our game against City, over comments made in Mesut Ozil’s tweet about Uighur Muslims treatment in China……(as you might know Ozil is Muslim and so expressed an opinion about a specific element within his religion via a tweet).

Football, and sport in general, is allegedly free from politics and referred to as ‘the beautiful game’ right? China is doing its very best to buy it’s way into the sport and the people of China obviously love the game, which is fantastic news for the expansion of the game internationally.

How small-minded are the state TV of China to take the opinion of one man, which he is totally entitled to have, and punish Arsenal fans in China by removing their viewing pleasure.

It’s ironic I wrote an article about people expressing opinions or arguing on here a few days back and now we see, first hand, what a communist regime does if anyone speaks out against it. I agree our club called it correctly and said the views were not shared by the club because they are a commercial entity, and as such selling shirts and TV rights is the lifeblood of any club.

How lucky we are to live in a country where people are allowed to express themselves without there being such extreme reactions to free speech. I guess that means Ozil’s payday at a Chinese club might not happen too soon…. 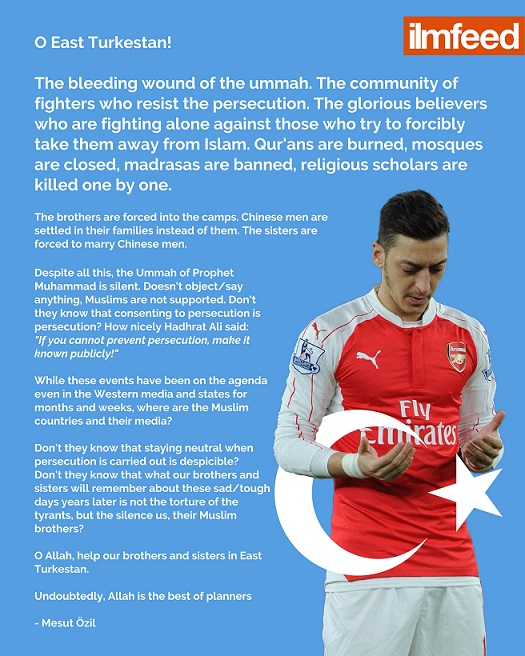