Opinion: Should Arsenal still consider the free transfer signing of this defender in the summer?

An exclusive report from 90min earlier today suggested that Kurzawa was one of three soon-to-be free agents that the Gunners are considering a swoop for.

Arsenal supporters will of course remember that the France international was heavily linked with a move to the Emirates in the January transfer window.

The Athletic’s David Ornstein even claimed that we were in ‘advanced talks’ to sign the left-back.

90min claim that Arsenal ultimately pulled the plug on a potential deal with the hope of signing the 27-year-old on a free this summer. 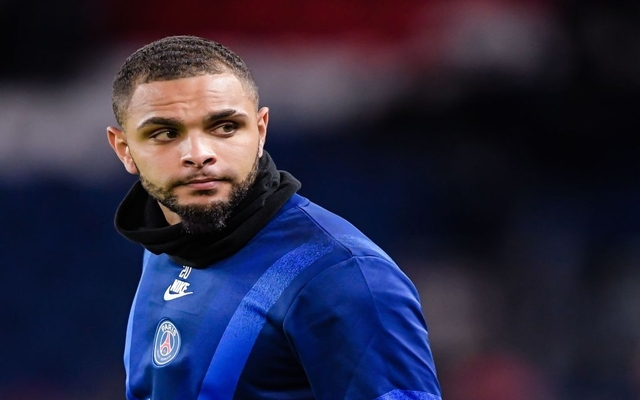 Should we reconsider a potential move for Kurzawa?

With Bukayo Saka flourishing as a makeshift left-back, we now have plenty of options in this area, our problem is keeping these players fit.

We even signed Cedric Soares on loan from Southampton in January, the ace can play as a full-back on either flank.

Kieran Tierney has spent most of his debut season on the sidelines due to injury troubles.

Sead Kolasinac has also been in and out of the team due to either being overlooked or also being injured.

Considering we have these players to call on, I believe that we need to pull the plug on a potential move for Kurzawa.

If Cedric’s stay isn’t made permanent, which wouldn’t be surprising as he hasn’t even featured for us yet, we’d have three options at left-back in Kolasinac, Tierney and Saka.

Even though Tierney and Kolasinac have endured some struggles with injuries, adding a fourth name in Kurzawa to that mix just wouldn’t be wise.

Saka has shown that he’s more than capable at left-back.

Saka’s development should actually be the prime reason why we shouldn’t move for Kurzawa at the end of the season.

The 18-year-old is getting more minutes under his belt since being used in defence.

Despite the ace’s impressive performances, it seems a struggle to give him this kind of game time in his natural left-wing position.

Considering our formation, Mikel Arteta is already having to field Pierre-Emerick Aubameyang on the left flank.

Nicolas Pepe, Reiss Nelson and Gabriel Martinelli are our only options on the wing right now.

This effectively leaves Saka with a good chance of getting worthwhile minutes as either a makeshift full-back or on the wings.

Saka’s first-team spot will already be under threat once Tierney is back from injury, signing Kurzawa would just further threaten the ace’s chances of getting onto the pitch.

After such a solid breakthrough year from Saka, the last thing the club should be considering is a move that could potentially waste a year’s worth of development from the England youth international.

We’d surely be much better off next season by focusing our efforts in bolstering in another area, Kurzawa just doesn’t look like an essential signing at this point in time.

Marseille reported to be targeting another Arsenal player
13 January 2022, 23:30