Football finally returned this weekend as the top two tiers of the German league resumed action over the weekend.

There was a lot of excitement and, my God! It was good to see players back at their jobs as we have been bored to death of watching movies and the news about coronavirus.

The games were not played in the same atmosphere as they should have as fans had to remain at home to support their teams because of the ravaging coronavirus pandemic.

Regardless of the poor atmosphere, it was good to have football back and one can only hope that more leagues will soon follow suit.

The Premier League is still in talks with teams over resumption and one of the biggest challenges that they face right now is keeping the fans away from the stadiums when the action gets underway.

The Bundesliga authorities would have been worried about that too, however, they trusted the fans and the measures they have put in place to help and keep the fans away worked.

Other leagues who want to restart their campaigns and end this season like the Premier League and the Spanish La Liga should copy their example.

You can only do your best in terms of logistics in times like this. However, if you don’t trust the fans to stay away, you would probably never restart the campaign. 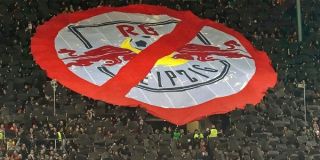