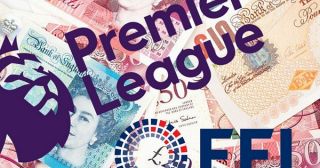 Have the Arsenal players broken the bond with ordinary fans? by Jon Fox

In common with very many fans I have been appalled at the indefensible greed, moral cowardice and stupidity of   the vast majority of today’s Premier League players across the clubs. Those who have already accepted a wage reduction, not a deferral but an actual permanent cut, I exclude from criticism, but it seems those are very few indeed. It should be abundantly clear to anyone who has a brain that our future lives, as well as our present ones, are going to be very different  when the  economic realities of this damaging virus become clear to all, rather than to just SOME of us as at present.

By their obstinate refusal to take the lead in actually offering their club the chance to be the first club to   willingly accept a substantial permanent wage cut, those players have missed a major opportunity to get fans  onside and  to be proud of their players. In fact by their greed and immoral refusal to take a lead but to hide behind others and wait to see what they may be forced to accept, rather than embrace the situation and set a  noble example, they have showed stupidity, moral cowardice and gross greed. All Premier League players live a life so far removed from the reality of ordinary decent people that there has been rightful resentment about this greed, long before this Coronavirus arrived.

Now that the landscape has totally changed, their fight to hold on to every penny in their contracts has become an indefensible declaration of “I’m alright Jack and who cares about you suckers” thrown in the faces of every fan everywhere. They have shown themselves to be little people unworthy of our support and worship. Unlike any other industry and more than any other team sport, football has thrived on the uniqueness of this vital fan to player relationship. Until now! Now, those very players have spat in our faces and insulted us, en bloc. They have, in effect, said, “I care only for myself and don’t give a damn about you lot of hard up mugs!” There can be no other rational interpretation of their greed. Not a single Premier League player would struggle if he was forced to have a permanent cut of half their gross wage. They would still live the life of Riley.

The average Premier league wage is a little over £60,000 pw. If these poor darlings cannot live in clover on a mere £30,000pw then they are in cloud cuckoo land, I suggest.

Let us fast forward to the day, still some good way off yet, when crowds are again allowed to attend matches. How many will be forced to, or even choose to, by disgust, give up their season tickets? How many fans will ever again feel the same bond with their players, even the star ones, let alone their lesser lights? How many will give up watching or even caring about football altogether? How many others will still wish to go, but not be able to afford to? Full grounds next season will be far from common in my view. How many families will NOT have been personally affected by this virus and will remember with bitterness what the players attitudes were, when the chips were down?

What should be clear to anyone with a working brain is that the bad old days of gross greed will no longer be tolerated or even possible. World economics impact on all of us. We who  cannot now work but still rely on a monthly or weekly wage will have debts mounting up fast and the need to feed, clothe and educate our kids, plus pay a mortgage or rent, will come a long way before the need to watch and pay for football matches. How many Sky and BT Sports subscriptions will not renew? It will be a great number, even though most would wish to continue, but just will no longer afford to.

As an older fan fast approaching my 70th year, I remember with affection the good old days before player wages were way out of line with ordinary folk. In the Armstrong and McLintock era I went to away games regularly, and the regular fan faces were often given free tickets known as comps (complimentarys) for away games by the players when waiting by their entrance. We truly had some proper players to hero worship, and we did and still do. My all-time Arsenal favourite player is Bob Wilson, though he would not be my pick in our top four keepers in my time. The last Arsenal player I felt any true regard for was Santi Cazorla, and I truly feel no real personal affinity at all with even one of our current players. I rate several highly as players but not as people. In fact after their reluctance to embrace easily affordable wage cuts, I feel nothing but distaste for them. I do, however, understand the problem that very young players have in a dressing room where senior players would normally set the tone. Consequently, I do not feel quite the same distaste to Saka and Martinelli etc as I do to such as Auba and Xhaka, etc.

Once this vital fan to player bond is damaged or broken, as it will be already to many of us in varying degrees, something precious and unique is lost, possibly for ever. The players have bought this about entirely by their chosen moral cowardice, greed and breath-taking stupidity. I have never been one for much liking fools in general. When those same fools are greedy and cowards too, my personal bond is pretty much damaged beyond repair already.

What do others feel?