This article is made after a direct challenge to list the negatives I perceive Arsene Wenger made during his time at The Arsenal – This I have done, along with my personal views on three other managers; Bertie Mee, George Graham and Mikel Arteta, just to prove that we still haven’t witnessed the next coming!!!

With the arrival of Mikel Arteta, the optimism/pessimism amongst our fan base had become such, that every decision was/is highlighted, trawled over, challenged and debated to infinity and back.

It is very understandable of course, as the last year of AW and the eighteen months of UE, were full of controversy, and a feeling that we had lost our club and all that is stood for.

Mikel was most definitely not the choice of a section of our fan base, as Ancelotti and Mourinho were amongst the “bigger name managers” who were being linked with our club and, we have to remember, MA was turned down by Gazidis and Kroenke just eighteen months before, for another “big name” in Unai Emery.

I can only imagine what Mikel was thinking, when he came back to our club and saw the turmoil, toxicity, player power and fans disillusionment of, what seemed, 100% of the fan base.
We had plunged from a record twenty times top four club, with concurrent CL participation and FA cup trophies, to a position of being talked about as relegation fodder in just two and a half years.

To say he took everything by the scruff of the neck, shook it and started the rebuilding of our club immediately, is an understatement – he tackled every single problem head on for better or worse!!!!

He laid out his vision to the owner, the back room, the players and the fans, while also achieving excellent results on the pitch, such as the undefeated run from January 2021 until the corona virus lockdown…then the incredible quarter, semi and final FA cup wins against Sheffield United, Manchester City and Chelsea.

All this done with the players he had inherited from AW and UE, players some of our fans had been so dismissive about, calling them dross, mentally frail, lazy etc etc – they responded to him and so did the fans.

There was talk of a top four finish, CL football and even Europa league triumph and when that didn’t happen, out came the knives and the accusations from fans who had built up their own belief that this was a reality… but blaming MA for their own unfounded optimistic views because it didn’t happen.

Time will tell if he has made the right decisions or mistakes, but for sure, it’s all down to him.

This scenario took me back to the days of the said previous managers and what they achieved and what one big mistake they made, if any of course!!!

Especially as I had been called out regarding my support of Arsene Wenger and I said I would reply, so here it is…with a taster of two of our previously successful managers.

I have witnessed both the good, the bad and the ugly over the years, seen doubles galore, magnificent title wins, fa cup wins a plenty and humiliations that had me hurrying away from grounds, promising never to support the club again… but of course finding excuses the next day to continue following The Arsenal: 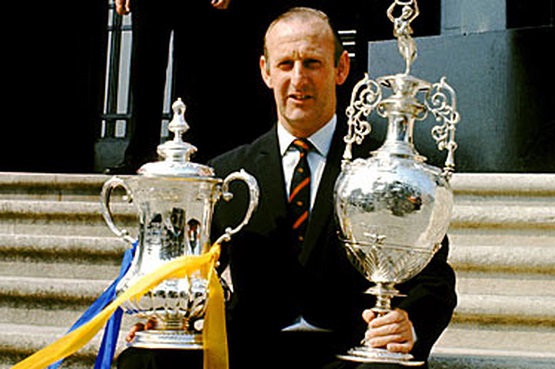 The game at WHL will always be the one for me, as we put our noisy neighbours and their boast about being the only double winners in the 20th century to bed.

His biggest mistake? Breaking up that double winning side too quickly and selling players to our direct rivals, Liverpool, who went on to dominate for years. 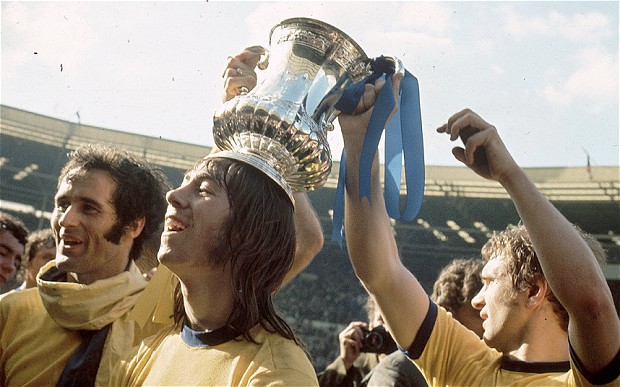 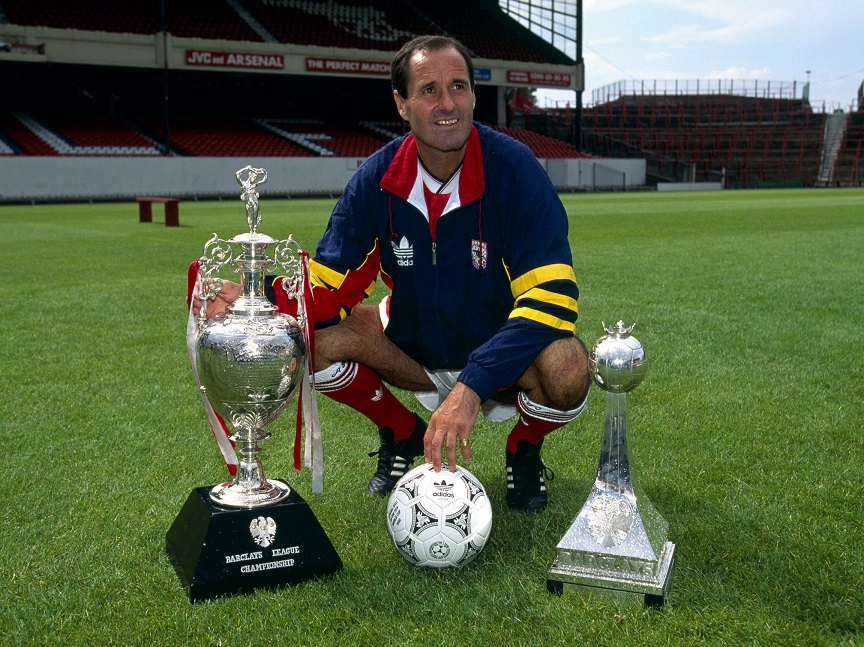 Yet another wonderful double winning side and who can forget that incredible 2-0 win at Liverpool, along with the first ever “double” of both domestic cups in one season?

However, GG will always be remembered for the scandal that surrounded his sacking, followed by becoming manager of our noisy neighbours.

His biggest mistake? Selling players of flare such as David Rocastle and Charlie George, in return for boring, but nigh on perfect defensive football…”1-0 To The Arsenal” will forever be associated with Stroller.

His biggest mistake(s)?
Staying too long. In my opinion he should have gone after the masterclass performance against the champions, Chelsea, at Wembley.
Never winning a European trophy, despite a Cl final and semi-finals, despite twenty years of trying.
Being to obstinate in his philosophy of attacking football, to the detriment of the defensive duties needed.
Staying too faithful to players.
Playing them out of position.
Taking too many chances on unknown players.
Awarding players extremely generous contracts.
Apparently needing glasses when any incident involving our players who were seen in a bad light.
Never getting to terms with his zip.
Covering for those above him (Kroenke etc) and by doing so, losing the faith of some fans.

Now I’m sure there will be many other points, both good and bad, that other fans would want to add to the list on all the managers mentioned above and these are just my personal ones.

On reflection I will always be grateful for the wonderful times that each manager gave to me.
None of them were saints, as in the end they were and are all human beings.

So when I contest statements or views that are not factually correct, it’s not because I see no wrong in any of the managers, but because those with an agenda to rewrite history, need to be corrected, if they are factually wrong…and I will prove that with the actual facts, such as our defence in the 2011/12 season.

Arsene Wenger was, and is, the greatest manager we have ever had, though his time always seems to be divided into two sections.
Due to his phenomenal early success, there is a view that the last ten years as being the opposite, but that is wrong, in my opinion.
Just ask UE and MA how difficult it is to finish in the top four!!!
Whatever one’s personal view, the fact is that the results and performances were still those that kept us in the top four, regular CL football, FA cup wins and CS trophies, until his final season in charge.

As a supporter/fan who has been classified as a Wenger fan boy and called out recently to give my negative views on him, I hope this article will be sufficient – if not, I couldn’t give a j**ks**t!!!

Please be as negative or nasty as you want in your replies… [water off a duck’s back!]