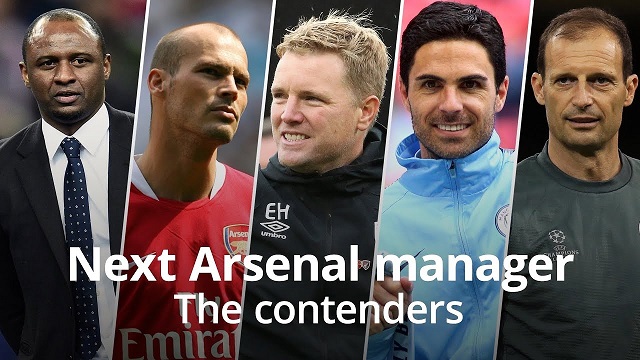 Opinion – Why Arsenal will not attract a top-notch manager

Good day to all Gunners far and wide, and what a season this is!

There is no need to be mild, the reality is that we are total shambles from top to bottom and I believe that we have reached rock bottom.

However, it’s not all doom and gloom, we still have Martinelli, Leno, Aubameyang and the Emirates stadium….lol, forgive my lame joke, just trying to look for some positives in what has been a terrible season so far, and talking of positives, we still have a MASSIVE chance of making the top Four!

You might not agree with that, but you would agree with me that the Arsenal community or (dare I say), the footballing world is anxiously waiting for who the next Arsenal manager, oh! It’s now ‘Head Coach’ (meaning you just to coach any player we have and improve their quality somehow, even if they are sh*t)

While we are waiting for who the next Head Coach would be, here are some of the reasons why I think it would be difficult for to get a top-notch coach:

In the Wenger years, most of fans clamoured for a change in the way the club is run, as Wenger was allowed to make all major decisions without being checked or queried.

They wanted a structure like that of Manchester United, Liverpool etc where we have Director of Football and others whose roles would be to oversee and direct the coach on what to do.

Eventually, they got their wish and the structure was implemented at Arsenal but to a devastating effect.

We keep seeing changes here and there, and different opinions on how the club should be run, it in fact looks like these Administrators are not always synonymous in their beliefs, and this alone would hamper our success and may also put off any chance of getting a high calibre manager.

The top managers won’t like to be ordered around – not really having a say in the affairs of the team and the way the team is run. Would the Allegris, Klopps, or Peps of this world be willing to work under such conditions???

Yes, Klopp and Pep work under a board also but they have support and they don’t really dictate for the manager.

But in Arsenal, It feels like the manager does not really have a say, I could be wrong but that’s what I strongly believe.

For example Emery didn’t really get the players he wanted, he wanted Zaha, he got Pepe, he wanted N’zonzi and Banega, he got Torreira, he wanted Upamecano he got Luiz, who has made our bad defence even worse. I know getting all these players might not necessarily translate to success for him, but a manager should get everything that will helpe him succeed.

Which elite manager would want to work under such restrictions?

Differences In Opinion And/Or choices Among the Board:

We saw a little of this in the summer when Edu was first appointed as D.O.F. He wanted to bring in Everton and Martinelli, but he was only able to bring in Martinelli and am quite sure he was able to do that because Martinelli was very cheap, while he wanted Martinelli, another member of the board wanted Pepe, I suspect Sanllehi here.

Before Emery was sacked, there were rumours that some section of the board wanted him sacked after the loss to Sheffield, while others wanted him to be given time. The same has now begun in our search for a new coach, there is now a difference amongst them as to who the new manager should be, each member wants a manager he feels can do the job, hence the need for interviews.

This nonsense will continue to slow down the little progress we should be making in this transition period and I hope they get their acts together soon.

An elite manager would want to manage a team that stands a chance to compete with the best, to compete for the biggest trophies. They would want to build on their past achievements by winning more trophies thereby staying relevant and respected. But do we have a team that can offer these?
If we don’t have, are we ready to invest in the team?

These are the questions any elite manager would ask.

It is a known fact that Kroenke hardly invest in the squad, he has over the years failed to invest time and money into this club shielding himself with the “self-sustaining” policy.

No top manager would like to work under an owner like that. I mean just take a look at this team, in my opinion only 4 players are good enough for a team that wants to compete with the best. PEA, Lacazette, Leno, Martinelli, the jury is still on Pepe and Tierney of course.

This team needs massive investment, a total revamp of the back four and a midfield upgrade at the very least, but do we have that ambition? Emery got the job because he thought he could get the best out of the players without spending much.

If you are very observant, you would have noticed how Emery lost his passion from the beginning of the season, he clearly wasn’t happy, and it dawned on him that he can’t achieve what he wanted or thought he could achieve.

Any top manager would want solid assurances on how the club would support him financially. Are we ready to spend??

So, there you have it, The Arsenal brand is still an appealing one but the management structure and the ambition of the owner is a major turn off in my opinion, imagine Allegri, Pep or Mourinho working under this administration….

That’s why we keep seeing names like Arteta, (I like him though) and Marcelino keep coming up. I believe they want a coach they can “tame”, a yes-man that will always do their bidding.

Anyway, we just have to hope they get it sorted as soon as possible.