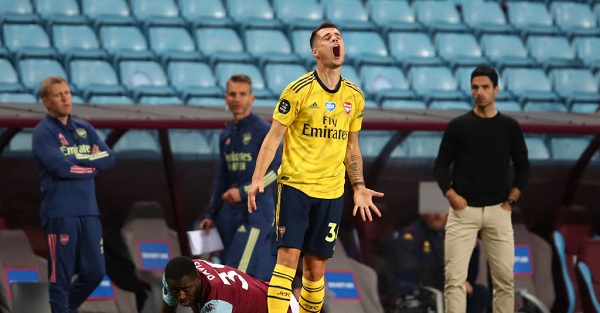 Opinion: Why Sunday’s performance fills me with fear ahead of FA Cup final

If there was such a thing as a bad win, that’s what we had against Watford. by Dan Smith

Pre-match, I said Arteta should play a strong line up as it was more important to go into cup final week with the confidence of a victory than our star men having a rest.

Yet somehow, despite a victory, I’m less confident of a win next weekend as I was before kick-off.
The worry is that I hope our squad doesn’t feel the same way.

Yes, the Hornets played a unique formation in the second half at the Emirates as they had no choice but to just attack, while our priority was to help Aubameyang get the Golden boot.

In that sense, it was like a game you would see in a school playground. One team just running forward at every opportunity with no thought of leaving gaps at the other end while the other team kept giving the ball to their mate because they know he’s better then everyone.

So, it’s fair to argue it won’t be like that at Wembley. If our defensive performance was a one-off, I could accept that. Yet in reality that’s how we have been defending all campaign.

Our opponents ended 19th with 34 points, yet they made so many chances. I couldn’t help but think if Troy Deeney, Sarr and Welbeck can make us so uncomfortable, then imagine what the likes of Pulisic and Mount will do to us, talent who like to run with the ball and have quick footwork.

It’s not just the back 5, where was the protection from midfield? We will spend the next few days debating the talent of both Arsenal and Chelsea, yet next Saturday comes down to ‘will the likes of David Luiz have one of those days?’

In one year with us, the Brazilian has conceded more penalties and red cards then he did in his entire stay at the Bridge. So, one lapse of concentration could cost us a trophy.

Instead of forming an understanding with Rob Holding and Tierney (for the second time it seems Mustafi will miss a FA Cup Final) I have less faith in them now than I did before kick-off. Does that impact on an individual’s own performance?

Can an Auba or Laca just focus on their own game when they are worrying that someone at the back will undermine them?

Yes, our manager proved in the semi-final he can tactically set up an 11 to protect a weak defence but that’s not what I want long term.

We have an attack who can hurt Chelsea, yet we might sacrifice that to baby-sit our centre backs.

Frank Lampard would prefer we approach his side how we did Man City rather than be on the attack. Quite simply, if we defend on August 1st how we did on Sunday it will be a repeat of Baku.

I was going to be a bigger person and not take any cheap shots at Troy Deeney, who to be fair gave it everything he had in the second half, but I guess he lacked the Cojones to stay in the League?

While I don’t think it was professional for a Premiership captain to publicly critique his peers, have we proved him wrong over the years?