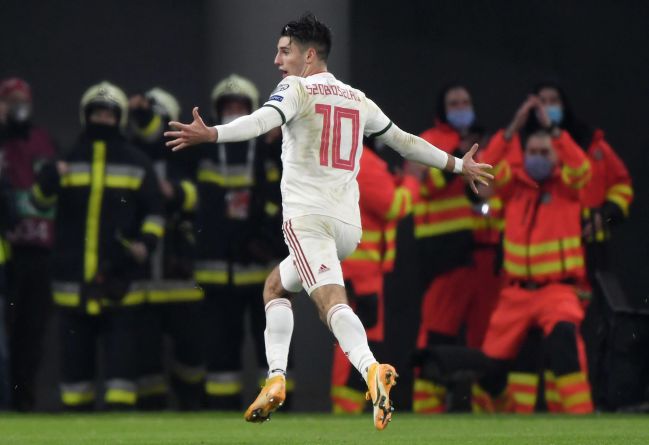 There have been many rumours linking Arsenal with the Salzburg midfielder Dominik Szoboszlai since the summer, but recently those rumours have been surpassed by many German and English outlets saying that the Hungarian international is actually set to join RB Leipzig in the transfer window on a 5-year deal at a reasonable price of €25m (£22.9m).

But that reported deal is yet to be officially announced, and the Arsenal oracle David Ornstein is unaware that it is in the pipeline, and says that Arsenal are still in the race for the 20 year-old.

Ornstein said in the Ornstein and Chapman podcast: “There have been reports that he has opted to join RB Leipzig, which wouldn’t surprise anybody given the path from Salzburg to Leipzig.

“But personally, I’ve not heard that, and very recently, I’ve heard that Arsenal still are interested in him, but they do have reservations, which is understandable for a player of his age and stage of development.”

So could we still be in with a chance. Szoboszlai has been moted as Arsenal’s main target after the Aouar deal fell through in the summer, and with Arsenal desperately in need of a new creative midfielder, surely it is worth taking a chance on matching Salazburg’s release clause as soon as possible?

Szoboszlai has already managed to score 8 goals and provide 10 assists for Salzburg so far this season, so he surely must be better than anyone we have at the moment…