So it would appear that the news from Turkey that Mesut Ozil has agreed to join Fenerbahce on a three and a half year deal is not true at the moment, and the German may still be at the Emirates for the rest of this season. In fact we have been told that “Mesut’s priority is to stay.”

According to his agent Dr. Erkut Sogut talking to ESPN, there is no agreement with anyone as yet, and they have only just started talking to interested parties. “We were not allowed to talk legally before Jan. 1, so now we are just starting to look at the options with the numbers and details,”

“I can’t talk about the clubs directly because it would be unprofessional. But generally, there are six months left on the contract and it is nothing unusual that we will talk to people about different opportunities and try to find the best option for Mesut.” 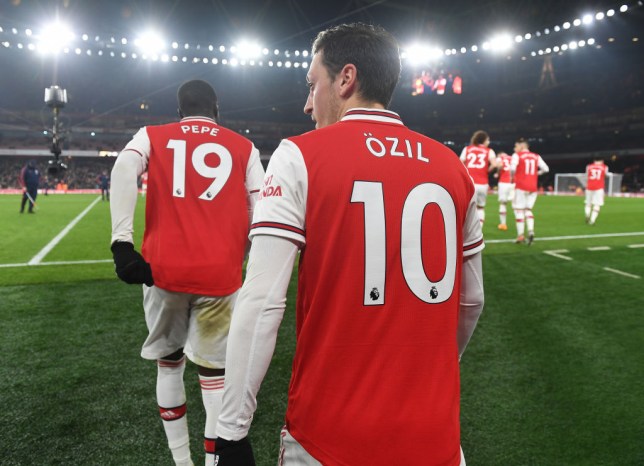 “He might stay at Arsenal until the summer, but he might go. Mesut’s priority is to stay. But you never know in football. Things can change very fast. At the moment, we are just checking all the options for January and the summer,”

“If we want to leave in January, I need to talk to Arsenal. If we sign for the summer, we don’t need to. That’s the situation. In the next seven to ten days, it will be a little clearer as now the transfer window is open, things can move faster.”

So it would appear that Dr Sogut is sticking to the rules that say he can talk to foreign clubs from January the 1st, and I am sure there will be many other offers than the one from Fenerbahce (if indeed that is one of the clubs he is talking to).

My money is still on Ozil moving to DC United in the summer, so that Ozil can expand his “brand” to the American market.