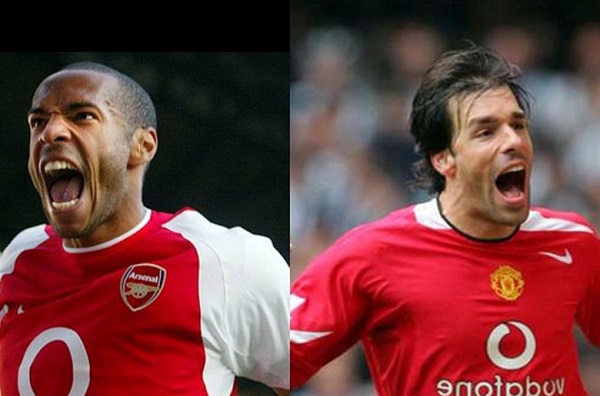 Both Premier League legends were at each other’s throats for five seasons as they battled to win the Premier League’s, Golden Boot.

Henry was the leading striker for Arsenal under Arsene Wenger as the Gunners posed the biggest challenge to Sir Alex Ferguson’s United side.

They tasked van Nistelrooy with scoring the goals that would help United remain the top side in English football, but he faced serious competition from Henry.

Both players often scored week-in and week-out, but van Nistelrooy was obsessed with his competitor over at Highbury and he checked if Henry had scored after each game.

Scholes revealed that he was always dissatisfied whenever he found out that Henry had scored, even if he had scored.

The Englishman revealed that such was the desire of the Dutchman to be the leading scorer in the Premier League and the world.

He told the Man United podcast: “I played number 10 with Ruud van Nistelrooy for a season and I loved it.

“Whenever he did score or didn’t score, the first thing he would do when we got on the team bus after the game was see if Thierry Henry scored.

“If Thierry Henry had scored he wouldn’t talk to anybody for the full trip home because he was so engrossed in being the leading goalscorer, not just at United but in the league, in the world, everywhere.”

Scholes is the second United star from that era that has commented on how van Nistelrooy would react to Henry scoring, just a couple of weeks ago Rio Ferdinand discussed the exact same subject.

“He is Paul Scholes in the making” Pundits compares Arsenal youngster to Premier League great
16 February 2021, 18:00