Theo Walcott got a bit mixed up on Twitter.

Former Arsenal star Theo Walcott tried to wish a happy birthday to one of his old Gunners team-mates, but got it wrong in amusing style.

See the image below, as Walcott tagged himself in a happy birthday tweet that was presumably aimed at Cesc Fabregas, who turned 33 yesterday… 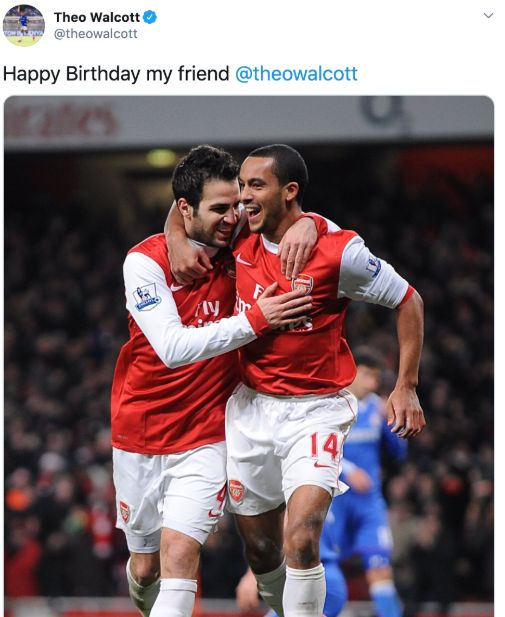 Walcott wishing himself a happy birthday certainly looks pretty bizarre, but it seems clear from his picture that he meant to send the tweet to Fabregas.

Walcott, now at Everton, celebrated his birthday back on the 16th of March, and surely hasn’t forgotten his own birth date!