Pick your Arsenal team to take on AFC Wimbledon on Wednesday

The Arsenal first team had a very tough and demanding fixture at Burnley at the weekend, and with the North London Derby coming up next I am certain that Mikel Arteta will want to keep as much of his first team on the bench to rest as possible without making it too easy for Wimbledon.

The League One side are playing very well this season under head coach Mark Robinson, and before this weekend’s narrow defeat to high-flyers Plymouth they had won 3 games in a row, scoring 12 goals in the process. Their two previous rounds in the League Cup have ended with them winning 1-0 away from home, so they will fancy their chances if Arteta puts out a weakened team.

The boss picked a very strong line-up against West Brom kids in the last round to score an emphatic 6-0 scoreline, but surely he will make many more changes this time around.

For starters I’m fully expecting Leno will be in goal as he will have to get used to being our “Cup keeper” and I’m thinking that Cedric, Holding, Mari and Tavares will make up our back line, as many of them need game time.

And for the same reason I expect Lokonga and Maitland-Niles to play in the middle, although Xhaka may get some minutes as he hasn’t played since being sent off and recovering from Covid.

Up front I am sure that Martinelli and Lacazette will finally start the game, and probably with Balogun back in the middle to give him some more confidence. I’m not sure if Arteta would use Nketiah after he refused to leave this summer….

Who would you choose for this game? 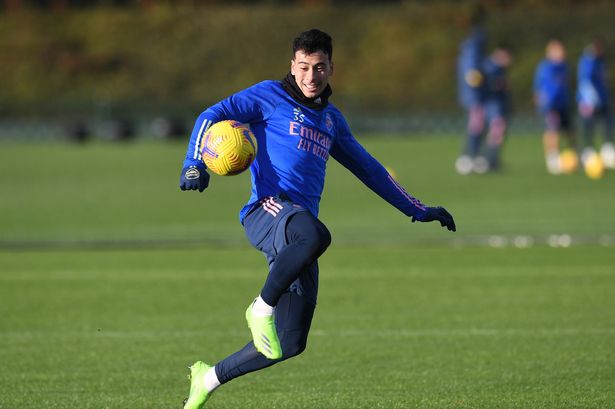 Gabriel Martinelli is expected to return to action this week
8 December 2020, 14:02