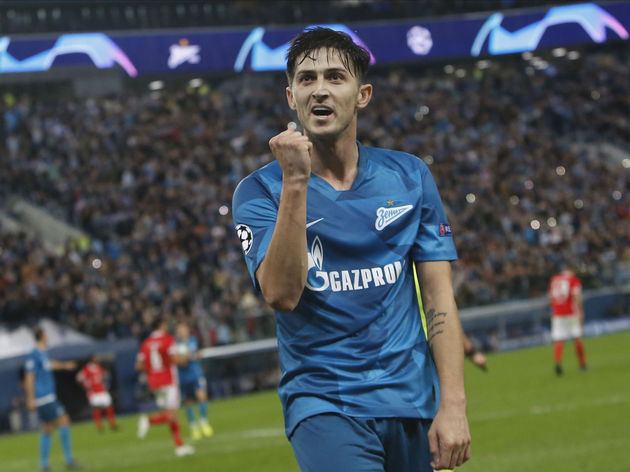 Sardar Azmoun has caught the attention of Arsenal with his fine form for Zenit Saint Petersburg, according to reports.

Onze Mondial via Sport Witness claims that the Gunners have an eye on him as they search for a replacement for Alexandre Lacazette.

The 26-year-old Iranian forward has been linked with a move to the Premier League for a long time and Arsenal is looking to bring him to the competition.

He has started this season with six goals from twelve competitive matches for Zenit and will only get better.

The report says he is on Arsenal’s transfer wishlist alongside the likes of Dusan Vlahovic and Youssef En-Nesyri.

The Gunners aren’t the only European club that is impressed by how he has performed so far with the report claiming that AC Milan and AS Roma also want to sign him.

The Gunners might have the advantage if he decides, like most footballers, that his preference is to play in the Premier League.

Mikel Arteta will want to replace Lacazette with a young yet prolific striker now that he has sorted out his team’s poor defence.

A good goalscorer will ensure Arsenal scores more of the chances they create and will add more goals to their tally on the league table.