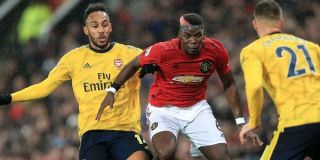 Pogba and Aubameyang deals should teach Arsenal something about future contracts

Arsenal and Manchester United both face a tough summer with two of their players looking to leave for pastures new.

Arsenal could be forced to cash in on Pierre-Emerick Aubameyang, while Manchester United look set to allow Paul Pogba to leave.

However, both teams are in different positions at the moment as revealed by the Star. While Arsenal could be forced to cash in on Aubameyang this summer, Manchester United can still keep Pogba and use that to demand a higher transfer fee.

This is because when Arsenal signed Aubameyang on to his current deal, they just agreed on a deal for a specified period.

However, United added a clause that gives them the chance to extend Pogba’s contract for one more season should he reach the end of his agreed contract.

As we head into the summer with so much uncertainty, I hope that Arsenal can learn from these two scenarios.

The Gunners are looking to tie the likes of Bukayo Saka to a new deal. With the prospect that he is, I hope that Arsenal would agree on a similar clause for two additional seasons so that we have more chance of keeping him once his contract starts to wind down.

This kind of contract is perfect because it almost gives no power to the player and the club can decide not to pursue an extension if the player has become a liability.