Poor Mesut Ozil will only earn another 13.5m Euros at Fenerbahce after Arsenal pay-off

Mesut Ozil has finally said goodbye to Arsenal after squeezing a nice little earner of a lot of millions out of the Gunners to leave the club six months early. The figures quoted in the speculations were between 7m and 20m GBP for the settlement fee.

But now he has confirmed that he is definitely joining Fenerbahce when he told the Turkish TV station NTV:  “I am so happy. I’m a Fenerbahce fan. God wanted me to play football in Fenerbahce. I’m proud.

“I am coming tonight with my family to Istanbul, thank God who gave me the opportunity to represent this club. I will wear the shirt with pride.”

He may thank God for letting him play for the Turkish giants, but he should also be thanking his agent who has negotiated the deal. The Mirror has been reporting just how much he will be earning when he signs for Fenerbahce, and it will be a very pretty penny, and remember that this is over and above his massive pay off for Arsenal.

This is what the Mirror have reported:

He is to take a significant pay cut in order to join Fenerbahce, and is likely to sign a three year deal worth £65,000-per-week.

But he will receive a hefty signing on bonus of an eyewatering £4.5m. 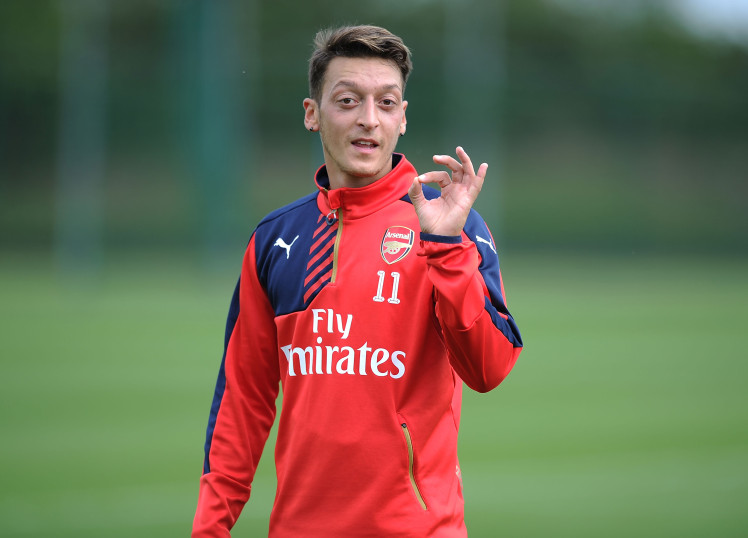 So, as a 32 year-old that hasn’t played for the last ten months, he is going to earn another 10m in the next three years, plus the 3.5m just for signing the deal, so he is not going to come out of this as a poor man. And I’m sure his clothing range and businesses will help top up his earnings if he is finding things a bit tight after losing the 18m a year he was getting at Arsenal.

He will be living in a million-pound mansion in a country where the average man earns around 1000 Euros a month, so he will be able to pay his bills a lot easier than he would in London.

At least no-one forced him to sign the contract so he will obviously play his best for the whole term, and a lot of it will go to charity, I’m sure!