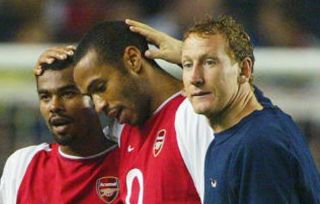 Ray Parlour and Dennis Bergkamp have both revealed how a prank on Martin Keown led to the signing of Igor Stepanovs, who went onto play his part in one of the most humiliating defeats in our history.

Parlour revealed in his autobiography how the Arsenal squad liked to joke about, and one of the easiest to wind up would be Martin Keown, who would regularly feel threatened about his place in the team.

Igor Stepanovs arrived at Arsenal for a trial, and some of the boys took the opportunity to get at Keown, only to find out a week later that it wasn’t just the defender who fell hook line and sinker for the prank.

Parlour said: “Arsene was so clever at identifying great players to come in, but there were one or two gambles that didn’t quite come off.

“In the summer of 2000 a player turned up on trial at our pre-season tour. He was a tall centre-half.

“Now, Martin Keown was always worried about people coming in to steal his position. If we had a centre-half on trial, Martin would say he was useless.

“This big guy from Latvia, Igors Stepanovs, turned up. He was a unit, but seriously, he was not up to standard.”

He actually had one of the Premier League’s best-ever win ratios. Anyway, on with the story!

“A few of us were on the bench watching as he played in this trial game. Stepanovs is out there and every single pass he made, the boys started applauding, just because we knew Martin would be getting a bit steamed up by it.

“Dennis Bergkamp was sitting behind Arsene and kept doling out these compliments about this defender – ‘Great header! Unbelievable tackle!’

“Igors kicked this one ball 20 yards away from where it was meant to go but it still went to one of our players so we all stood up clapping.

“Martin’s muttering: ‘He’s not that good.’ He started to point out where he missed a tackle or a header.

“That night we went for dinner and laughed about it as we were only trying to wind Martin up. We all knew Igors was nowhere near the standards set by Tony Adams, Martin and Bouldy.

“But Martin is such an easy target because he bites. Once someone bites it’s too tempting. Dennis seldom missed a trick because Martin would kick him every day in training. He always came out with a blinder to explain it to Dennis: ‘I’m just getting you ready for what you are going to face in the match.’

“Martin was a great player, a great character, a great winner. I think we all cared so deeply.

“When we got back to the training ground at London Colney a week later we had a surprise though. Igors was sitting there.

“Arsene didn’t know we were just trying to tease Martin. He just kept listening to us heaping praise on this player.

“And if Dennis Bergkamp stands up and says: ‘What a player’, Arsene would be entitled to take a bit of notice. I suppose it looked like a bargain at around £1m.

“No disrespect to anyone from the lower leagues but Igors was a yard behind us on the pitch, it was like taking my brother to training.

“The next thing we know we’ve got the biggest injury crisis we’ve ever had at centre-half. And the only fit centre-half we’ve got is Igors and who are we playing at the weekend? Man United at Old Trafford.

“Going into the game our back four looked a bit dicey really. Oleg Luzhny, Gilles Grimandi, Igors and Ashley Cole, who had to go off at half-time.

“Dwight Yorke ran us ragged. Seriously, it was humiliating. They scored the first goal and we managed to equalise. We thought: ‘OK, we’ll take that’. And then all of a sudden the goals started pouring in and we were 5-1 down by half-time.

“There is a massive walk to the tunnel at Old Trafford and you could see Arsene was fuming. He hardly every swore or shouted but he did that day.

“I remember doing the long walk to the tunnel alongside Dwight Yorke and he asked: ‘Where the hell did you get that centre-half from?’ ‘Look,’ I said. ‘It’s a long story…’”

“We sat down in the dressing room and it could’ve been 9-1 as David Seaman actually had a blinder in goal.

“Arsene started letting off and he’s not a swearer, it just doesn’t suit him, and I’m really desperate to laugh. I’m making no eye contact and I could see Pat Rice in my peripheral vision sending me a look that said: ‘Don’t laugh. Whatever you do. Do. Not. Laugh.’

Dennis Bergkamp also corroborated this story in his own autobiography also.

That loss left us a huge 16 points behind our rivals, a gap that could have been reduced to 10 points with a win, and a result which obviously helped our rivals build further confidence.

We ended the campaign in second, 10 points behind the Red Devils, with that six point swing that would have been reduced to only four points, and who knows how the rest of the season would have panned out if the jokers had actually persuaded the boss to sign a worthy option. 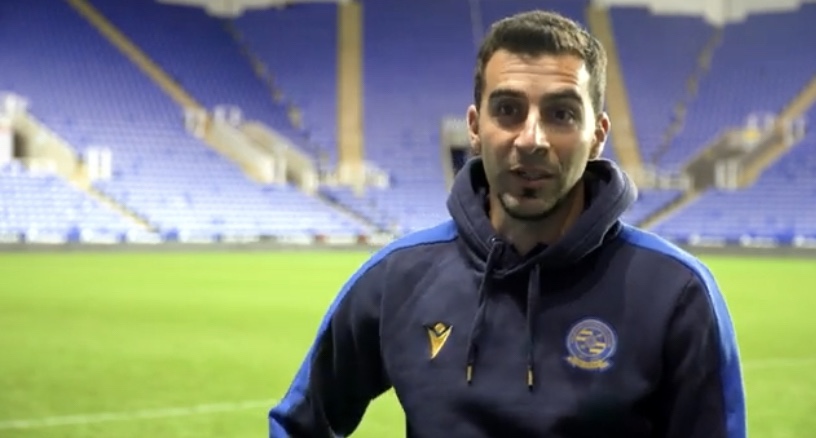