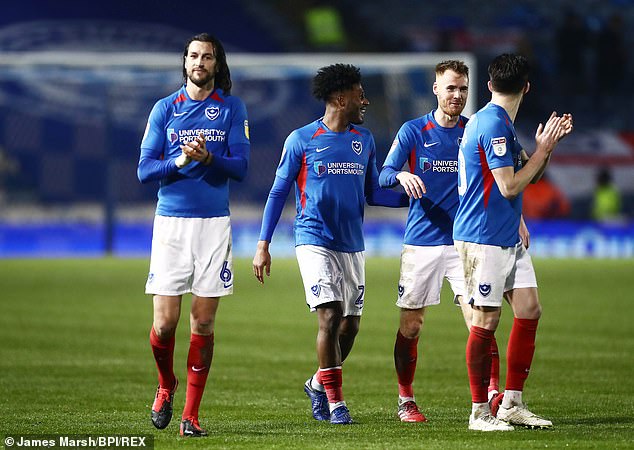 Portsmouth excited about Arsenal clash but it’s not the priority

Most Arsenal fans are looking at today’s FA Cup clash with Portsmouth as a possible last chance of the Gunners winning any silverware this season, although we haven’t completely written off a place in the Top Five as an impossibility.

But for Portsmouth and boss Kenny Jackett, it is far more important to gain promotion to the Championship, and as they are 3 points behind 2nd placed Rotherham in the table with a game in hand, it is very achievable this season.

But Jackett is quite aware of the atraction of a cup game against the team that has won it more than any other. He told Portsmouth’s official website: ” “We’re playing against one of the genuinely big clubs in this country – one with a lot of history and tradition.

“It’s a great game for us and we’re all looking forward to it because they don’t come around too often.

“So of course you have to be enthusiastic and I certainly am, while I know the supporters will feel exactly the same.

“It’s going to be a different type of test for us and we have to address it as such with the way we approach the tie.

“The players are no different to me and their biggest aim will be to get into the Championship. That’s our focus.

“But we know everyone will want to be involved in a one-off game like this in front of the television cameras.

“There will be a national focus on us for this fixture and that’s great – hopefully we can have many more like that.”

Jackett may be playing their chances down, but Pompey are far from a soft prospect at Fratton Park. They haven’t lost a home League fixture since last April, and have won 9 of their last 10 at home. They will certainly be full of confidence from their winning run, and with nothing to lose, can play with freedom this evening.

One thing in Arsenal’s favour is that they haven’t lost to Portsmouth in any competition since 1958!