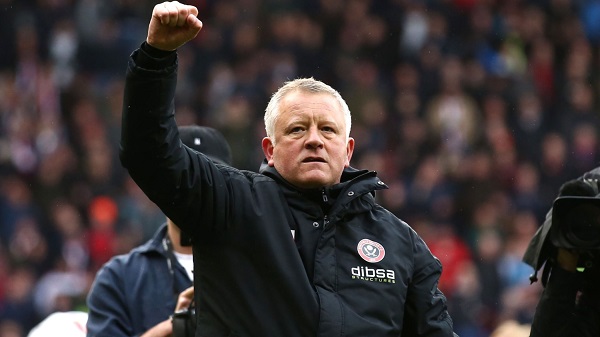 Chris Wilder would be an unconventional choice and maybe that is what Arsenal need.

As crazy has it sounds Chris Wilder is one of the most successful English manager currently managing in the top flight having taken Sheffield United from the English third tier up to the Premier League.

He is not the most fashionable manager and, understandably, most fans won’t be excited about him, but could he be the manager that takes Arsenal to the next level?

Wilder knows how to build an effective team. He isn’t flashy and his style is not very appealing but making Wilder the next Arsenal manager would most likely guarantee a team full of passion and fire.

Having taken Sheffield United from the brink of leaving the football league into the Premier League and sitting inside the top six, Wilder can transform Arsenal with his organisational and tactical know-how. I mean, look at what he is doing with the Blades defence. Arsenal would love to have that right now.

Having Wilder at Arsenal would also help the club promote more local talent as he has done with Sheffield United.

Wilder is still inexperienced in terms of winning trophies as well as managing at the highest level.

The 52-year-old also lacks continental experience and no one can tell if he would thrive in a position where he has to compete for local and international trophies.

The former journeyman footballer is a good manager, but he is probably not fashionable enough for Arsenal and would most likely struggle to attract high profile signings.

It is also quite a leap from managing fairly unknown players to players with international fame and massive egos.

This is the eleventh in a series of articles that I will be doing and all words are my own perception and opinion.