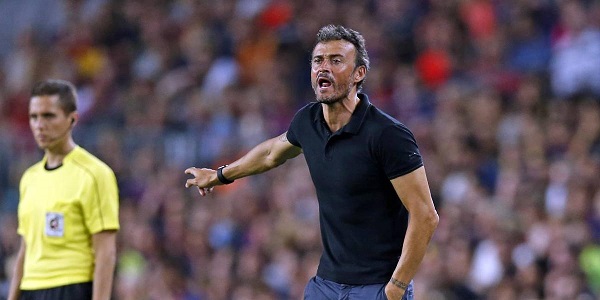 Highly regarded Luis Enrique is a manager most fans would surely welcome to the Emirates.

Luis Enrique has emerged as one of the favourites to become the next Arsenal manager with Unai Emery still under fire. Does the former Barcelona boss have what it takes to lead the Gunners back to the top?

When it comes to high profile managers who are currently out of job, very few compare to Luis Enrique.

Having started his managerial career as the Catalan’s youth boss, Enrique remains the last manager to win the Champions League for Barcelona in 2015 and should be able to transform the Gunners.

He also showed great man-management skills when he had to manage the egos of Neymar, Luis Suarez and Lionel Messi to win their last Champions League. That experience would help him bring out the best from the likes of Alexandre Lacazette, Pierre-Emerick Aubameyang, Mesut Ozil and Nicholas Pepe.

In his last two managerial positions, he has shown that he keeps getting better as a manager, with his win percentage for Barcelona and Spain standing at 76 and 71 per cent respectively.

In the world of football, managers often thrive in their domestic league while struggling outside familiar territory and that seems to be the case with Enrique.

His stint with Barcelona and Spain were successful, but he struggled when he managed Celta Vigo and AS Roma. The move to the Premier League could see him struggle yet again and that makes him a major risk for any English side taking him on.

The 49-year-old left the Spain job because of personal reasons, the sad death of his nine-year-old daughter and may not be ready yet for a return to football.

Personally, I feel Enrique would be a risk worth taking. He has a good managerial CV and his record has just kept on getting better.

This is the eighth in a series of articles that I will be doing and all words are my own perception and opinion.