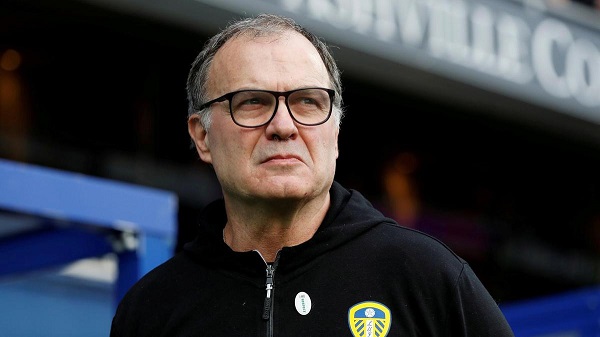 Marcelo Bielsa may be too enigmatic and volatile to manage Arsenal.

From Pep Guardiola to Mauricio Pochettino many of the world’s best coaches have learnt their style of management from Marcelo Bielsa.

The enigmatic Argentinean is currently the head coach at Championship side Leeds United who are just two points off the top in third position.

Bielsa remains a manager that is not afraid to play the game his way, he is also one of the hardest working managers in the world and would go through any length to achieve victory, like the Spygate scandal of last season.

The 64-year-old has managed some of the world’s best teams across continents and he could be the person to spark new life into Arsenal.

One thing that Bielsa’s teams are characterized with is a high-intensity pressing game that is unique and different from that of other managers.

He has also shown that he can manage both senior and young players after taking Arsenal’s Eddie Nketiah on and developed him as an impact substitute.

While Bielsa’s teams usually play some high tempo and exhilarating kind of football, he hasn’t won as many trophies as one would feel he should have won.

He hasn’t won a trophy in Europe as a manager despite having been in charge of some of the continents best sides.

Bielsa’s enigmatic nature also makes him a difficult character and the number of controversies that follows him makes him a manager to avoid for the top European clubs.

Bielsa also tends to walk out on teams when things are not going the way he wants them to go and Arsenal cannot afford to name a manager that is that unpredictable right now.

This is the eighteenth in a series of articles that I will be doing and all words are my own perception and opinion.