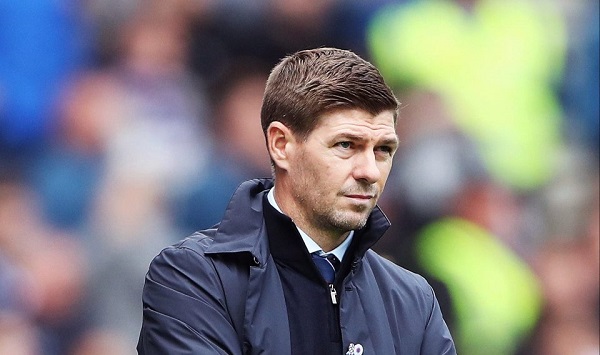 Steven Gerrard would be a controversial choice as the next Arsenal manager.

The early success of Frank Lampard with Chelsea has made some fans sit up and pay more attention to other former players getting into management.

Steven Gerrard has restored pride at Rangers and they are now battling Celtic for the Scottish Premiership. Should Arsenal take a chance on him?

One thing that can never be taken away from Gerrard is that the former Reds captain is a very passionate competitor when it comes to football.

His career was built with giving everything for the game and he has taken that into his managerial career.
The passion that Gerrard brings into his job can reinvigorate the Gunners.

Gerrard has also shown that he is a good man-manager with the way he has managed characters like Alfredo Morelos at Rangers.

Gerrard has also been good value in the transfer market and that would make him a good fit at Arsenal who have become a little frugal with their spending.

Despite being one of the more successful footballers to go into management Steven Gerrard has just passion and not a single trophy to his name at the moment.

He has just reached his first final with Rangers, but there are no guarantees that he will win it.

There is also a sneaking feeling that the 39-year-old would jump ship if the Liverpool job was ever offered to him. There is no absolute proof of this, just a feeling and because of that, it is a risk.

For me, Gerrard would be a controversial choice. As an example, why go for a former Liverpool player when there are enough former Arsenal players to go for? I am also not so sure he has the experience to manage players just a few years younger than him.

This is the ninth in a series of articles that I will be doing and all words are my own perception and opinion.