Pride, Pessimism and Prejudice is breeding negativity in Arsenal fans

Why are so many Gooners still so slow to see the clear improvement? And why do some seem relentlessly negative at every opportunity?

I have never believed in a ‘one size fits all’ life philosophy, so I wish to explore at least some of the many reasons why so many of our fans are so constantly pessimistic about our team, and why so relatively few are able to see the clear improvement but seem to my mind to actually wallow in their own misery and despair.

I fully accept that some people are simply, by nature, born pessimists and tend to see the wrong in many things far more easily than do those who are optimists. As is well known on JA, I describe myself as a realist, which means being neither pessimistic not optimistic, EXCEPT where the evidence leads me to have an opinion.

We cannot help our nature any more than we can help our skin colour, where we were born, who our parents are or were, our accent, shape, size, etc and should not be pilloried nor singled out for any of these “packaging differences”.

But  when a person has a mature brain – and they come in all ages – but still chooses not to follow the evidence  in their decision making, that seems to me to be because they have a deep-seated agenda, and in life  many of us cling tightly to our agendas, no matter what the weight of evidence saying we are mistaken.

One of my personal agendas, aka prejudices, is to be against much of what the USA   does and almost  all it stands for and I never wish to visit it, despite knowing a number of agreeable USA citizens personally.

This  prejudice of mine predates the Trump regime by several decades and I SIMPLY CANNOT BRING MYSELF TO LIKE SUCH A BRASH AND IMPOLITE SOCIETY, WHERE CONSUMERISM IS SUCH A GOD, when I see the harm that rampant consumerism does to our species and to our planet. I accept this is simply one of my own personal   prejudices, but I also believe it to be  a rational thought, which I believe with every fibre of my being. This shows me that some  prejudices are rational, though it  equally does not   necessarily mean they are always rational either. 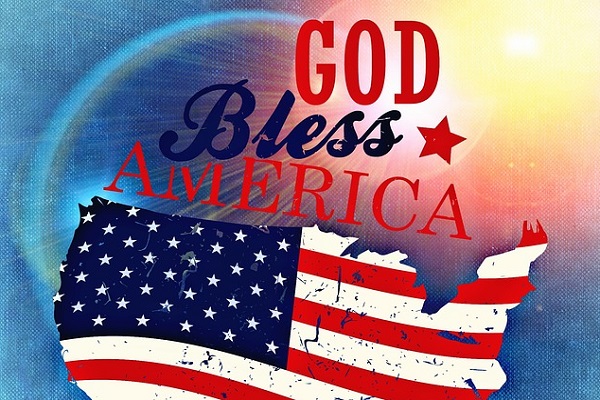 There are plainly many millions of wonderful USA citizens, yet I REFUSE to ever visit that country. So, prejudice, of whatever form, certainly exists and I believe exists in most of us in our various ways.

Who among us is not prejudiced against …  Spurs, Chelsea, Man Utd, etc! I suggest strongly that almost all humans are prone to having prejudices against some things in life – indeed, I believe it to be a normal part of our shared human condition. It is not  a weakness but a strength to admit the weaknesses that our race almost all share and which make us human and therefore more interesting. Pride,  and especially MALE pride, so often prevents us being entirely honest with ourselves.

But I pose this question; can you be prejudiced against something you care deeply for or even love? I believe that you can and that many of us are, in our various relationships with all sorts of things: relatives, life partners, technology, those who believe in   demonstrating to save the planet by invading British motorways etc, even if we all agree with the concept of saving the planet from global warming.

How about our employers (who enable us to make a living), our kids, our parents, our football team? Yes, even our own football team, our beloved Arsenal.

CAN ONE BE PREJUDICED AGAINST HOW WE ARE BEING RUN?  It seems clear to me that some of us can indeed be prejudiced. I am extremely prejudiced against our owner and not simply because he is a USA citizen, though  that certainly makes it worse; A: simply BECAUSE he is American and B: as he also lives thousands of miles from our club and practically never visits, neither knowing nor caring anything for the sport our beloved team plays, let alone our team.

That then is prejudice; so, what else can cause us to fail to see team improvement then!  Well, one reason has to be, simply put, dull wits! It is surely a given that not all humans are of equal intelligence and of equal perceptive powers. We are all equally worthwhile – of course we are – but    just as some have bigger noses, some smaller, some are taller, some shorter etc, so some have greater wits in seeing things as they really are than others do.

I do not wish to mention any names and indeed I have no way of knowing who among us lacks wits. THIS IS SOMETHING THAT ONLY EACH INDIVIDUAL CAN DECIDE FOR THEMSELF, if they are being honest.

Honesty with oneself and about one’s own lack of certain qualities is a sign of a mature and balanced individual, just as the lack of self-honesty is a sure sign of immaturity. I fully accept that I personally lack many things in personal qualities that I would wish to have and think desirable, but I know that at least recognising that lack, is being honest with oneself, which IMO is always the right way to think.

Patience, or rather the lack of it, is another way that some fans are prepared to  be more impatient than others. It is well documented among regulars on JA that I personally believe that in general – and it is a wide generality, admittedly – it is easier to show patience when one has been following our club for many decades, rather than those who   began following since Arsene Wenger came, some 25 years ago. That would mean anyone under, say 45 or even 50, would never have truly known what long-term mediocrity for our team has been. You would have needed to be at least 15 before George Graham’s successful years in the late 1980s to experience true long-term mediocrity, even if you began as a very young child. Think about that!

Essentially, the AW glory years and even since when we have still won cups has “spoiled” and skewed  expectations for many younger fans.  I truly believe that is the case. In the early to mid-seventies, we finished 17th, my friends. HOW MANY YOUNGER  FANS EVEN KNOW THAT!

That NEEDS to be said in order to get proper context in this article.  Obviously, I do not think I am wrong, or I would not have written this article.

But nothing in this article is more than my firmly held opinion, based upon my own life experiences. I do not believe I am wrong, passionately I do not. But it is entirely possible all the same, that I am wrong in my personal belief that given a fair chance to run the team without enormous online constant criticism, Arteta will come through as a fine and successful manager.

All I have aimed to do in this somewhat unusual piece is to invite some to think more deeply about how we all react to a defeat or subpar performance, or even a run of poor performances.

In reality, how important is football in life’s grander scheme anyway?  Are not the great cruelties, wars, Neanderthal attitudes in certain parts of our shared globe, far more important than mere football and Arsenal! And in particular, global warming, which dwarfs ALL other global issues right now.  A sense of true perspective is a great healing balm to us all, if we care to use it.

Thanks a lot, to all Gooners who have had the patience  to read thus far, and God bless you all!