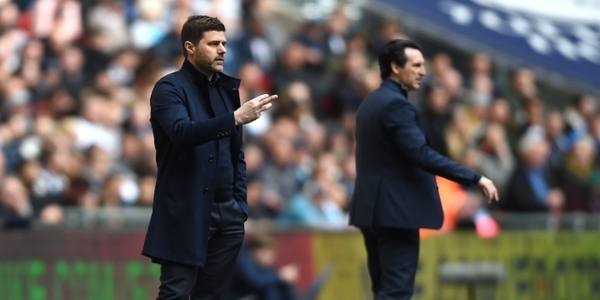 Jermaine Jenas claims Mauricio Pochettino is in a different bracket to Arsenal.

Arsenal’s reputation has taken a severe hit over the last few months to such an extent that their position as a huge club is being questioned.

The man that is being blamed for that is Unai Emery and he has now been sacked for the state Arsenal got into.

Freddie Ljungberg has been named the interim manager while the club looks for a more permanent solution.

There have been several managerial targets who have been linked with the job, including Mikel Arteta, Carlo Ancellotti, and even Mauricio Pochettino.

However, former Spurs midfielder, Jermaine Jenas believes that Pochettino is above Arsenal and that the Argentinean should be targeting the managers’ job at a club he considers bigger.

Pochettino has previously claimed that his loyalty to Spurs won’t make him take the Arsenal job if it was offered to him in the future, but the Gunners consider him as one of their transfer targets.

According to Jenas, per the Daily Mail: ‘Arsenal’s a huge football club and I’m sure the wages would be great for Mauricio. I put myself in his shoes though and would say his stock is far higher than that personally.

‘I think the job he did at Tottenham puts him in another bracket. I think if I was Mauricio I’d be sat there going well I’ll have six months off to recuperate and rest as I have been working non-stop for six years.

‘Come the end of the season there’s a good chance that Man Utd might ring the phone, Bayern Munich or Real Madrid.’

I have to say that is a ridiculous statement from Jenas. I do not dismiss his comments because he is a former Tottenham player. Former Arsenal players are just as critical but if it is a ludicrous comment I will say so.

It can be argued that Man Utd are in just as bad a state as Arsenal so why are they still considered a huge club and not Arsenal?

Basically, Jenas does what nearly every pundit does, jump on Arsenal at the first opportunity regardless of whether the comments make sense or not.