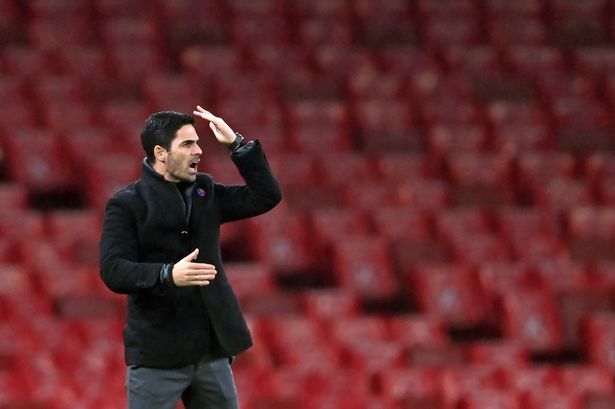 Darren Bent has claimed that Arsenal player’s appear to have switched off, and are no longer on board with Mikel Arteta‘s plans.

The Gunners have won just one of their last eight Premier League fixtures, scoring just twice in that time, and have fallen down to 15th place in the division.

Their most recent loss to Burnley at home struck the loudest chord, with the Clarets having been one of very few sides below them in the division currently, and Granit Xhaka’s red card has highlighted disciplinary issues for the second time of late, after Nicolas Pepe found himself red-carded for similar unruly and aggressive behaviour.

Darren Bent, a self-confessed Arsenal fan, has now called for the club to do one of two things; to either give Arteta the funds he needs to fix the issues within his squad (which he doubts), or to replace him, with the current crop of players no longer on the same page as the manager.

He told TalkSPORT: “I know it’s never going to happen because they just don’t do business that way, [but] I’d love for them [the Arsenal board] to go in January, ‘what do you need? Here’s the money, go and buy the players’.

“But right now, it looks like these players have switched off from listening to his ideas.

“I like him as a coach – I think he’s a very, very good coach – but if the players have switched off and are no longer listening to the ideas, it’s going to go from bad to even worse and we might end up being in a relegation battle.

“However good the coach is, if they’re not buying into his ideas then what happens next?

“You can’t just keep having the manager there for the sake of, ‘he’s a good manager’, but the players aren’t listening to him anymore.”

When asked who he thought would be an ideal replacement for the Spaniard, he responded: “Off the top of my head, I don’t think he’d leave where he’s at now, but I love Brendan Rodgers.

“As a coach, he always seems to improve squads. Look at what he’s done with this Leicester team – they’re playing fantastic football. He’d be a very good addition.

“Whether he’d leave Leicester now, I don’t think so, but he’s one I’d love to have in the building.

“As I said, I like Arteta and I think he’s a very good manager.

“But if the players have switched off and they’re no longer listening to his ideas and don’t believe in what he’s saying, then you can’t get rid of the players, so something’s got to change.”

Has Arteta lost the players in the dressing room? Has he tried to implement too much, too soon with the current crop? Is a change in management the only option left for the club?