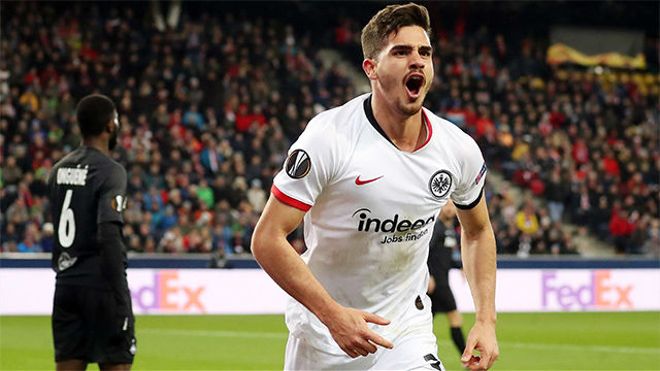 Kevin Campbell has urged Arsenal to open the cheque book and sign Andre Silva from Eintracht Frankfurt for £34million.

Transfer Window Podcast reported earlier that Arsenal is in the running for his signature after his stunning Bundesliga campaign.

The Gunners face uncertainty over the future of Eddie Nketiah and Alexandre Lacazette and both strikers could be allowed to leave.

Silva scored 28 goals in 32 Bundesliga games last season to emerge as one of Europe’s top goalscorers.

The striker has the goals to help Arsenal next season and he could form a deadly strike partnership with Pierre-Emerick Aubameyang at the Emirates.

Arsenal’s summer transfer budget remains unclear, but former Gunners’ star, Campbell believes the above fee is a bargain for the striker.

He expressed shock at the fee and suggested that it was probably a release clause because he is worth more than that considering his current form.

“That’s a very good price so maybe it is a clause in his contract,” he told Football Insider.

“That could be why it is so low.

“Listen, £34million is a bargain for a lad like that, that can score goals like he can. He would be an amazing signing for Arsenal.

“He knows where the net is so he could help Aubameyang. When Aubameyang struggled last season so did the team.

“Lacazette finished top goalscorer and he wasn’t convincing at times. We need some help in that department.”