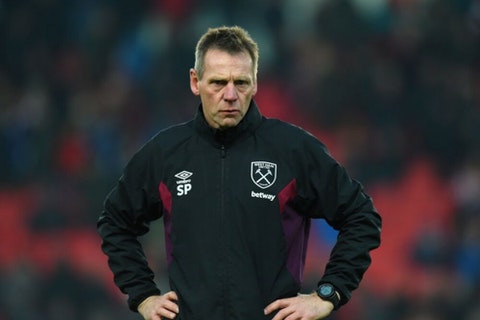 STUART PEARCE MBE – THE MAN WHO SAID DENNIS BERGKAMP WAS A WASTE OF MONEY: by ken1945

Now I know Stuart Pearce never played for our great club, but it was ozziegunner who put me on his trail, when he told us that this is what the man said about our greatest ever player (at least in the opinion of those with a memory back to the 1950’s say) to wear the famous red and white shirt of The Arsenal.

I had completely forgotten about this, so I went away fact finding as I usually do!!!

Let’s have a look at the man, his playing career and his life after retirement.

What a fantastic playing career he has had, featuring at left back and earning the nickname of “Pyscho” due to the way he played – a real hard man, who expected his team mates to give 100% as he always did himself.

To give you an example of what his peers thought of him, Matt Le Tissier described him as the scariest opponent in his autobiography “Taking Le Tiss”, while Roy Keane described him as a “man amongst boys” while both were at Forest.

His clubs managerial stats, however, do not match up to his playing career. He was reported as having a win ratio of just 30.77% and is officially the most “average” Premier league manager to date!! (Thanks to Wikipedia for the above).

So, what was it that ozziegunner was so incensed about from a man with this impressive playing career?

It was reported that Stuart had said that the signing of Dennis was “a massive gamble” and that he was unconvinced that it would pay off after he had “struggled with Inter Milan.”

He also rubbed salt in to the wounds, by saying that “I would have taken Stan Collymore ahead of Bergkamp, even for £1 million more. Liverpool have got a better deal than Arsenal.”

Stuart also said that “Dennis Bergkamp is a waste of money. I doubt he can help Arsenal win anything.”

Now I have no idea if Pearce has ever discussed his DB predictions and if he has ever apologised for what he said, either to the player himself or via the media.

The only real link I can find to this incredible assessment of a world class player, is the fact that he was managing Nottingham Forest at the time and, as you can see from above, his managerial skills regarding players was not very good!!!

Of course, he later became a TalkS***e presenter and I have no doubt his predictions and observations of The Arsenal and its players, convinced the station to employ him. He was surely seen as the missing part of their jigsaw, in relation to analysing The Arsenal players for goodness sake!!! What a godsend, another “pundit” on the level of AD’s.

Meanwhile, The Iceman continues to be worshipped at our club and the world over it seems – it’s just funny old TalkS***e and some of its employees who just can’t see what a wonderful player and person Dennis Bergkamp was and still is.
Let’s hope he returns to our club one day; we can only hope it materialises sooner rather than later.

I hope I’ve done your topic justice ozziegunner, I love everything about our maestro and no matter what Pyscho@Durham says, he will always be THE MAN.