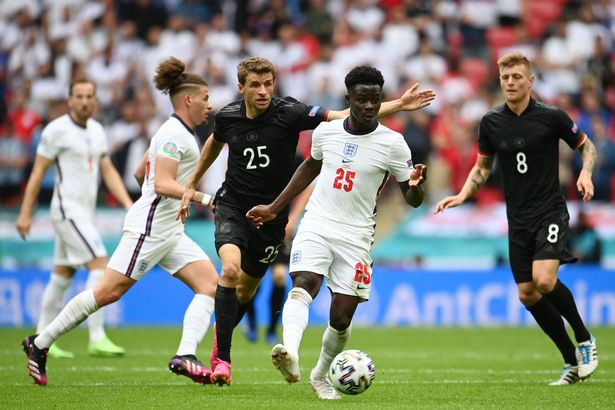 These regular interlulls are now really starting to annoy me, and I am seriously hoping that Saka limped off from yesterday’s game at Brighton so that Arteta has a small excuse to withdraw him from the England Squad for these upcoming World Cup Qualifiers.

I don’t even know how they have the cheek to call them Qualifiers. It is a disgrace that the mighty England (who are apparently listed as the Third best team in the world right now, have to go and play teams that are the international equivalent of Accrington Stanley (no offence meant to AS fans, even your side would probably beat Andorra, San Marino and Albania, who are 3 of England’s next 4 opponents). The other one is Hungary, who are not much better I assure you.

I am sure that Gareth Southgate is not in the slightest worried if Bukayo Saka is fit for either game, as the England U23’s would beat them ragged even if every senior player was injured.

Yes, it is good for team building and tactics that they spend time with Southgate and he teaches them how he wants them to play, and I believe he is a very good manager.

But what is the point of learning how to break down World Class teams, and then you get on the pitch to face Andorra? You get harder opponents in training than wasting 90 minutes of your life playing a side that has won just one game in two years, and that was against the miniscule principality of San Marino (who even knows where that country is on a map?).

Now I’m not mocking these countries, but in my mind, these tiny countries should have their own competitions where they play each other and have a chance of winning, instead of playing an England side that will walk all over them without breaking into a sweat. At least they could approach games with a hope of winning!

I’m just sick of all these interruptions to the season when they are totally and utterly pointless!