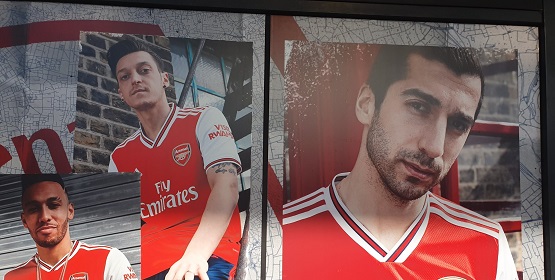 Reaction from players and fans to new Arsenal kit, its all positive

The new Arsenal Adidas kit is now officially released and available in the shops and everyone is just loving it, well, maybe not Tottenham fans.

The players, journalists and fans have all taken to Twitter to give their reactions and from what I can see it is being universally acclaimed.

Of course, you will get a negative reaction from opposing fans but that is just being tribal and you just know, that deep down, they are envious.

The kit is a beauty, simple in design but epitomising everything that Arsenal is about, sleek, classy and sharp.

Here are just a sample of some of the reactions, I could have literally put in 100’s of tweets but thought it best just to give you a sample of the brilliant reaction to the new Adidas kit.

Will the new shirt get Miki going next season?

What is Torreira posing, his tattoo’s or the shirt?

Good old Arsenal you have give credit to @Arsenal asking fans to spend more money on a new kit & not spending a penny themselves so far ???????? there be some back slapping in the board room when they see the crowds this afternoon happy spending

New Arsenal kit is great.
New @adidasUK ad is even greater.
Arsenal was my first original club kit ever had, made me Arsenal fan.
This masterpiece brings me back some old vibes.
Missing only Limpar and Smith.
Wishing Arsenal really to have a great season pic.twitter.com/nX35wUajvW

This from a Chelsea fan