It seems that Arsenal has chosen to sign Iceland international, Runar Alex Runarsson as their reserve goalkeeper to replace Emiliano Martinez.

Sky Sports is claiming that the Gunners are closing in on completing a move for the Dijon man.

The Gunners have just sold Martinez to Aston Villa and they will need a new backup to provide cover for Bernd Leno.

They have made Runarsson and Brentford’s David Raya their targets to replace him.

However, the Championship side is refusing to sell Raya as they look to gain promotion to the Premier League again, after falling at the last hurdle in the last campaign.

Runarsson is already 25 and he played 11 games for the French side last season and he was on the bench when his country faced England in the last international break.

Raya would have cost Arsenal around £10m, but the Gunners will get his alternative for under £2m.

This will help them save some money from the £16m sale of Martinez to Villa as they plot to add even more players to their current team.

Thomas Partey and Houssem Aouar remain targets for the Gunners and Arsenal may have to sell more players to fund moves for both or either of them. 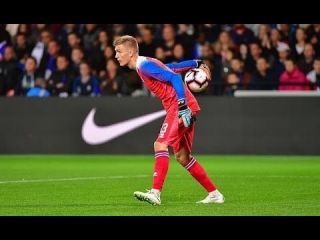