Arsenal is eyeing a move for Wolves striker, Raul Jimenez, according to Le10 Sports.

The Mexican has established himself as one of the best strikers in the Premier League over the past two seasons, and he has continued his fine performances in this campaign.

His goals have been the fuel behind Wolves’ ascent to the European places and above Arsenal this season.

The report claims that the Gunners are seriously considering a move for him should they lose any of Pierre-Emerick Aubameyang and Alexandre Lacazette.

Both strikers face uncertain futures at the Emirates. Aubameyang is into the final 12 months of his current Arsenal deal and the Gabon striker is yet to put pen to paper on an extension.

Lacazette’s future is also uncertain with Juventus eyeing a move for the former Lyon man, according to the same report.

Arsenal wants to keep hold of both players and Mikel Arteta has always maintained that they are both important to his rebuilding job at the Emirates.

But the Gunners are preparing not to be caught unawares by the decision of either striker.

Memphis Depay, Moussa Dembele, and Allan Saint-Maximin are other players that Arteta’s side is reportedly keeping an eye on. 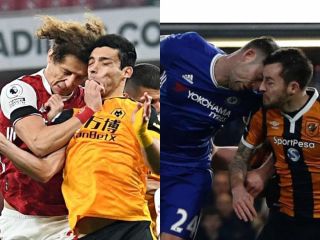