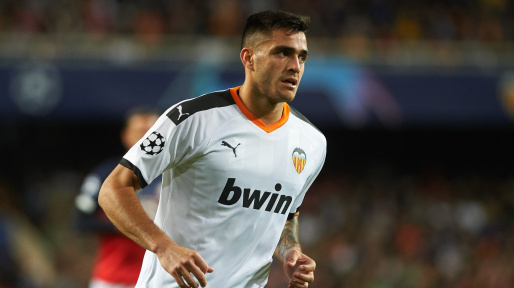 Arsenal is monitoring the situation of Valencia striker, Maxi Gomez.

The Uruguayan is one of Los Che best players, but the coronavirus pandemic has hit the Spanish side hard, so they are looking to sell some of their players to raise cash.

Arsenal is currently struggling to score goals in the Premier League, so it makes sense that they are being linked with a move for another striker.

But the Gunners have more than enough quality in their attack, getting them to score goals seems to be the problem.

Mail Online says that Valencia will be open to selling Gomez for significantly lower than the £125m written into his current deal at the club.

He has been on the radar of English teams for a very long time now with the report saying that West Ham failed in an attempt to sign him earlier.

Wolves are also looking to land him as a replacement for Raul Jimenez, who is out of action for now after suffering a fractured skull against Arsenal.

Gomez doesn’t have the best of goal records with three goals from 10 games this season, however, he remains a good threat in the penalty box and that is one reason why teams want to sign him.

Arsenal could land solution to their goalscoring problem in cut-price deal
21 December 2020, 18:30