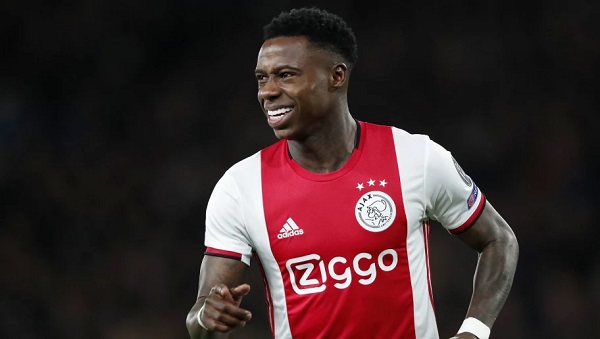 Report – Arsenal preparing to make a move for Ajax star

Arsenal is the latest team to show interest in Ajax’s Quincy Promes after the winger impressed for the Dutch side last season.

He was signed by the Eredivisie champions after a stint in Spain with Sevilla and he has continued to be in fine form.

He scored 16 goals for them before their league season was curtailed by the coronavirus pandemic.

Liverpool has tried to land him in the past but failed and Sun Sports claims that Arsenal might add him to the signing of Willian.

Willian is expected to join the Gunners after leaving Chelsea at the end of his deal.

The Gunners are expected to have a busy summer as they prepare to get back into the Premier League’s top four, and signing quality players is one way they can achieve that.

They have used Pierre-Emerick Aubameyang on the wing for much of the just-concluded season, however, signing Willian and Quincy Promes might see them move the Gabon striker centrally.

A source close to the player told Sun Sports: “Quincy would go in a heartbeat.

“It would be a great move for him – and Arsenal.”

Ajax paid £14m to land him from Sevilla last summer. The Dutch side will want to make a good profit on his sale.