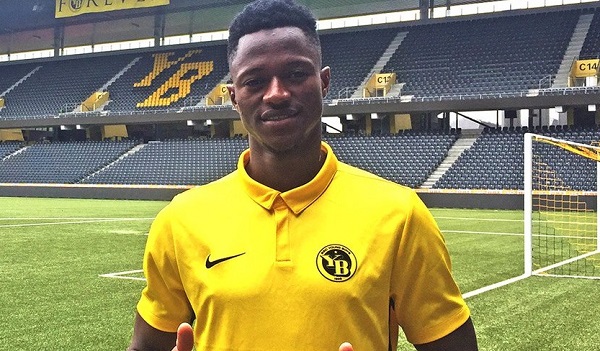 Arsenal has been linked with a move for Young Boys’ Ali Camara as they bid to bolster their squad further in the summer.

The Guinean defender has been in fine form so far and has attracted the attention of Mikel Arteta.

The Gunners have had a poor season even though they signed the likes of Gabriel Magalhaes and Thomas Partey.

They should add some new names to their squad at the end of this season and Camara could be one of them.

They might also not renew the current deal of David Luiz and a new defender to replace the Brazilian is likely to be signed.

Although they have William Saliba and Dinos Mavropanos out on loan, Todofichajes says they plan on adding Camara to their team.

A transfer is very possible because his current deal expires in the summer of 2022 and the 23-year-old has rejected an offer to renew it.

In order not to lose him for nothing after next season, the report says the Swiss side will cash in on him when the transfer window reopens.

Arsenal might win the Europa League this season and that would see them earn a place in next season’s Champions League.

That achievement should also provide them with enough cash to sign new players.