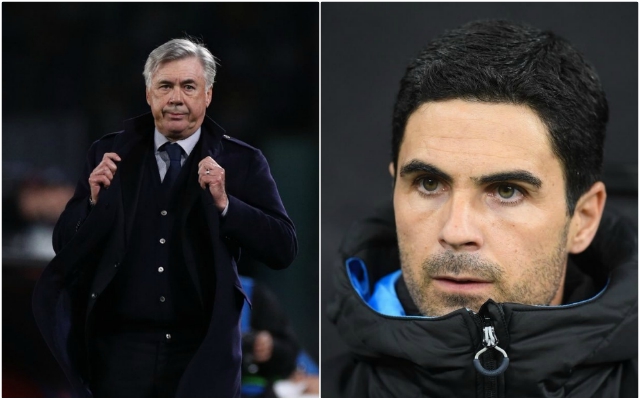 According to the Mirror, as Arsenal near the appointment of former captain Mikel Arteta as their next permanent manager, the side’s senior players are thought to have wished for Carlo Ancelotti to take over at the Emirates.

Mirror Sport claim that Arteta could now face some issues with some of Arsenal’s high-profile players should he be appointed by the Gunners.

The report highlights that the dressing room respects Arteta for his service to the Gunners, although they believe their current situation calls for someone of Ancelotti’s standing in the game.

Arsenal look to have missed the chance to bring the vastly experienced Italian to north London as Sky Sports News claim that the 60-year-old has agreed a deal to become Everton’s boss.

Arteta has been acting as Pep Guardiola’s assistant at Manchester City since hanging up his boots.

Ancelotti was only relieved of his duties at Napoli last week, the Italian led the side to the knockout stages of the Champions League but the team’s form in Serie A was disappointing.

There’s absolutely no question that Ancelotti is currently the most experienced manager that is out of work, the only other high-profile names that could be available would be Mauricio Pochettino and Massimiliano Allegri.

Ancelotti has won the Champions League a total of five times as both a player and manager. The Italian’s illustrious post-playing career has seen him manage Juventus, AC Milan, Chelsea, Paris Saint-Germain, Real Madrid and Bayern Munich.

Should the Italian return to the Premier League with either Arsenal or Everton, he’d be back in England’s top-flight 8 years after leaving Chelsea – where he completed the league and FA Cup double in his first season.