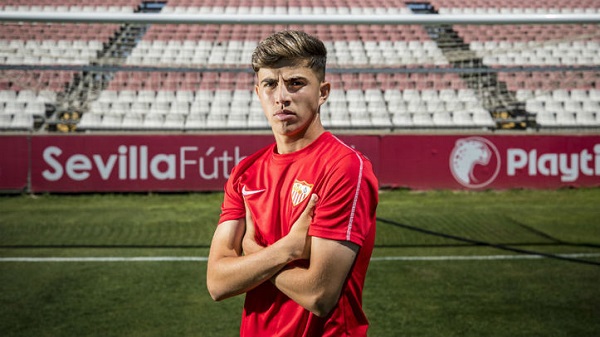 Arsenal may be making a new signing sooner than most expected as they have been linked with a move for a Spanish youngster.

The Gunners have developed a reputation for signing young players from Spain and helping them develop their talent.

The likes of Cesc Fabregas and Hector Bellerin have all been developed by Arsenal in the past, and Mikel Arteta looks set to continue that tradition.

A report from Metro Sports is claiming that the Gunners are interested in signing 17-year-old, Antonio Zarzana.

The youngster is currently on the books of Sevilla and he is yet to make his first-team bow with them, however, he has been attracting the attention of some of Europe’s top sides.

Real Madrid reportedly wanted him and he turned them down, but Arsenal is positive that they can convince him to move to London.

Zarzana has committed his immediate future to Sevilla.

‘I heard that Real Madrid had put an offer in for me last year,’ he told Marca earlier this year.

‘But I have always wanted to make my debut with the first team here. ‘I just want to take things slowly.

‘Everything is going well and I am happy where I am in the youth team, however, if I get the call, obviously I will jump at the chance.’

This would be considered a minor signing in my opinion. Arsenal need far bigger names with much more experience in the short term, however, from a long term perspective, it would make sense to try and snap up exciting quality youngsters.