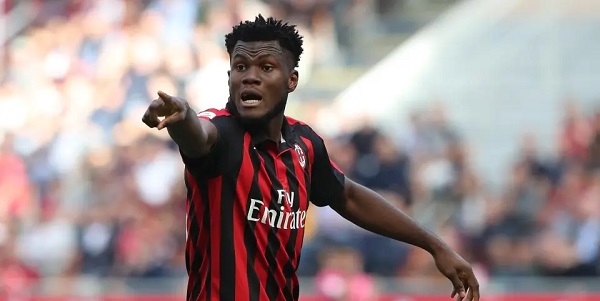 PSG is looking to sign Arsenal target, Franck Kessie for free in the next summer transfer window.

The Parisians have become the kings of the free agency market and they added the likes of Georginio Wijnaldum, Lionel Messi and Sergio Ramos to their squad in this transfer window.

They will look to add even more top players who have run down their deals to their squad next summer and Kessie is one of them.

The Ivorian was linked with a move to Arsenal earlier in the year when TalkSport reported that the Gunners and their City rivals, Tottenham, wanted to sign him.

He has been in a contract standoff with AC Milan for around a year now as the Italians look to keep hold of him.

Todofichajes says Milan’s best offer to him so far has been 6.5m euros per season, but the Ivorian is holding out for 10m euros.

It claims that PSG has agreed to pay him that and have opened talks with his representatives already.

In a stunning move to beat Arsenal and other suitors to his signature, the report says the French giants have even agreed to push to sign him in the January transfer window, instead of waiting until the end of this season.

Arsenal joins the competition for the signature of AC Milan star
19 October 2021, 18:30

Milan gives up on keeping Arsenal target after he rejected their latest contract offer
10 September 2021, 23:00