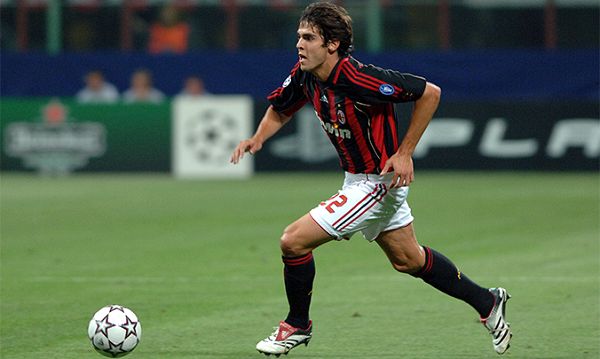 Revealed: How Arsenal missed out on signing Kaka before he joined Milan

Kaka is one of the best players the world has ever seen and the Brazilian will be remembered for many good things, but he never played in the Premier League.

This, however, could have been different if Arsenal had trusted the recommendation of their former scout.

Sandro Orlandelli was invited to have a two-weeks internship at Arsenal some years ago and although the offer was later withdrawn, he still made the move to Arsenal, unannounced.

His arrival surprised everyone at the club, but his determination paid off and he was eventually allowed to meet with Arsene Wenger.

In conversation with the former Arsenal boss, he was asked about young players in the Brazilian league he thought would be a good fit at Arsenal.

He name-checked Kaka who was still in Sao Paolo’s youth system at the time, however, the Gunners didn’t take his recommendation seriously and Kaka would end up at Milan two years later.

The Athletic’s report said: “Wenger asked him whether he knew any players in Brazil who might be a good fit for Arsenal’s way of playing. Orlandelli thought about it, then gave him the name of a promising attacker in the Sao Paulo youth system.

“Wenger had never heard of him. Not then, at any rate. The player was Kaka.”

It was only after Kaka left for Milan that Arsenal began to value the opinion of the Brazilian.

“I hadn’t yet built up a level of confidence at the club; people didn’t know whether I had an eye for a player,” he said.

“That opened doors for me,” Orlandelli added. “It gave me credibility. That’s when people started to believe in my work.”

As Arsenal’s fans, we can only be left wondering what would have been had we landed Kaka at the time.