Revealed, How Premier League players are talking about their coronavirus fears

Premier League players are using a WhatsApp group to talk about their fears ahead of a return to work reports the Daily Mail.

The government has given the Premier League the go-ahead to resume from the start of next month and the organisers are targeting a return to action by mid-June.

However, not everyone is on board with the idea of starting amidst the coronavirus pandemic, especially the players.

The pandemic is still ravaging the world, but the Premier League is intent on finishing this campaign in time so they can preserve the footballing calendar.

The government’s go-ahead is because they feel that soccer would help boost the mood of the nation, but the players think that their welfare is being sacrificed for the good of the nation.

The report claims that some top players have opened a WhatsApp group, and they have been talking about their fears of getting infected with the virus.

Premier League clubs have been asked to discuss the restart with their players and get back to the authorities with their fears.

One player that has been quite open about his fears is Tyrone Mings of Aston Villa.

The defender and some players in the teams struggling with relegation feel that their fears are being ignored because the authorities just think they are just worried about getting relegated. 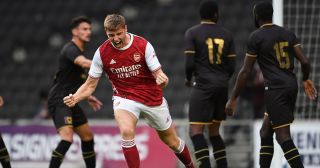