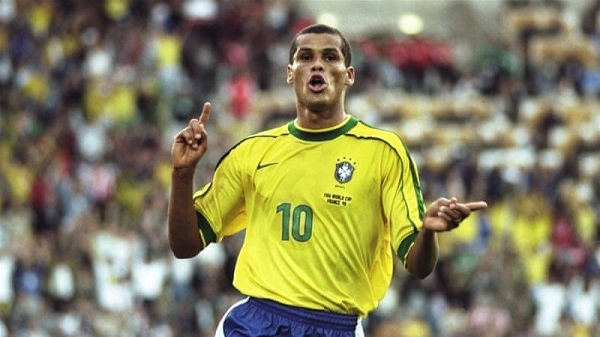 Arsenal signed Mari from Flamengo after it became imperative that they sign a new centre back.

Arsenal’s defence has been conceding too many goals this season because of injuries and the poor form of their defenders.

The Gunners had wanted to bring in a centre back urgently and they jumped at the chance of signing Mari.

Mari has been on the books of Manchester City before but he never really kicked on and didn’t make an appearance for the Citizens.

He moved to Brazil and won both the Brazilian league and the South American Copa Libertadores which helped them qualify for the Club World Cup.

He has now returned to England and Rivaldo is confident that he will build a career for himself in the English top-flight with Arsenal.

The Brazil legend further highlighted the key skills that would help Mari to thrive in England.

‘I think Pablo Mari will fit in very well at Arsenal and in the Premier League,’ Rivaldo told The Evening Standard as quoted by Metro.

‘He is a good player that struggled to impose himself in Europe as a loaned player of Man City for a while, but he really convinced people being part of a great Flamengo team last season. ‘He is very complete as a defender – capable of bringing the ball forward when necessary and a threat on set pieces. He has good passing skills as well and I liked what I saw from him.

‘In Brazil, everyone has good opinion about him, and he could be a very successful option for Arsenal and Mikel Arteta.’