Arsenal cruised past Leicester City at the King Power Stadium on Sunday, with goals from Alexander Lacazette, David Luiz and Nicolas Pepe ensuring a first Gunners win against a team currently sitting in the top 3 since January 2015.

It capped off a brilliant week for Mikel Arteta’s men as they advanced to the Last 16 in the Europa League. They also boosted their chance of playing in Europe next season with a league win.

Speaking to BT Sport after the match, Leicester manager Brendan Rodgers claimed that Arsenal winger Nicolas Pepe was “very good” on 1v1 clashes which forced him to make a change at half-time. The former Liverpool and Celtic coach substituted the rookie Luke Thomas in place of Marc Albrighton. Ricardo Pereira took Luke Thomas’ place whereas Albrighton was given a more attacking role, previously of Pereira.

After the game, the Leicester boss said on HITC, “He (Luke Thomas) had been booked. And he was up against a winger (Nicolas Pepe) who was very good on the one v one’s.”

“So, we certainly didn’t want to go down to ten men. And that was the reason.” 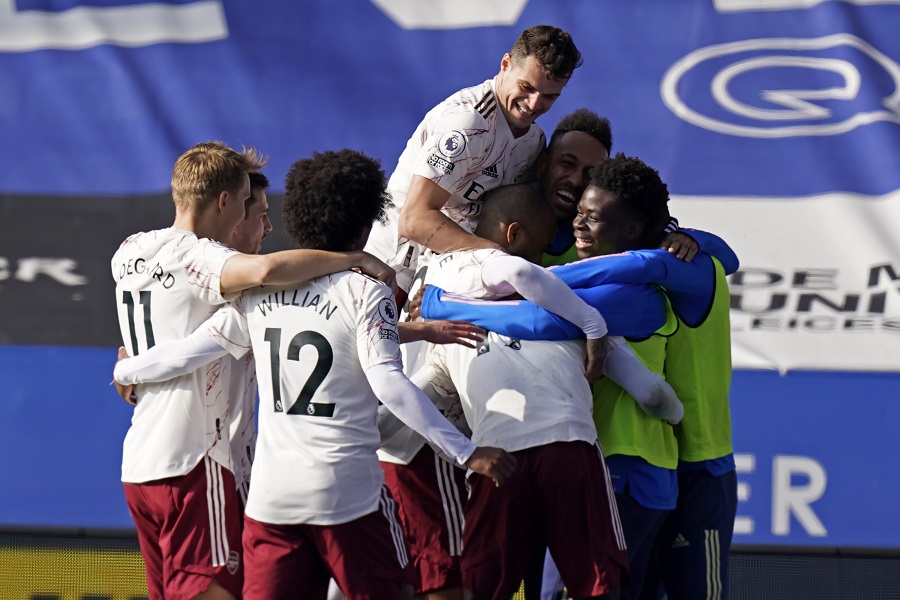 Rodgers’ change did not resolve the Foxes’ fate as Pepe scored in the 52nd minute to sink the team 3-1.

Nicolas Pepe was voted as Man of the Match. Although the Ivorian has been underwhelming since his move from France in 2019, the match against Leicester might turn out to be crucial in his renaissance at the Emirates.