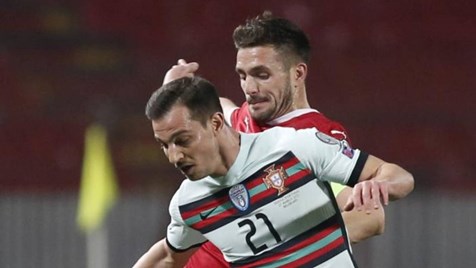 Round up of Arsenal players on international duty

Several Arsenal players are currently out on international duty with their various countries.

Because of the coronavirus pandemic, the Gunners stopped the likes of Thomas Partey from travelling, initially.

But some of their players have already represented their national teams in the matches that have been played so far and they released an update on their website.

Cedric Soares provided an assist on his return to the Portugal national team as they drew 2-2 against Serbia.

It was his first game for his national team since October 2018 when he played against Scotland.

Nicolas Pepe was on for the entire match as Ivory Coast beat Niger 3-0 to put themselves in a good position to qualify for the African Cup of Nations.

Goals from Serge Aurier, Max Gradel and Wilfried Kanon secured the win for the Elephants.

An Ozan Tufan brace and a goal from Caglar Soyuncu was enough to see the Turks continue their fine start to the World Cup qualifiers.

Arsenal will hope that their players all return from the international matches with no injury ahead of the season’s run-in.