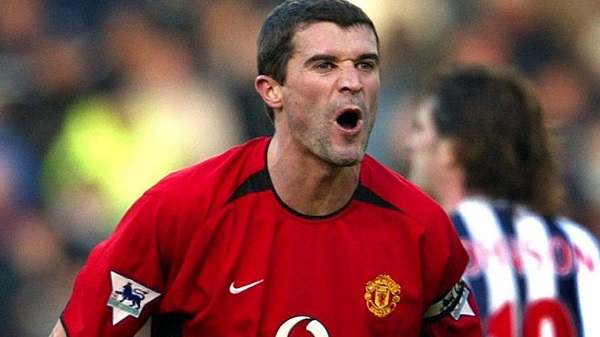 Mesut Ozil’s wage cut stance at Arsenal seems to be the right one for Roy Keane and he has urged Premier League stars not to fall for their clubs trying to get them to take a pay cut to save their business.

The former Manchester United midfielder, who won seven Premier League titles with the Red Devils, claims that football is a business and clubs should be able to take care of their business without the help of the players.

His rant came after Mesut Özil was outed for refusing to take a pay cut like most of his teammates.

The German is Arsenal highest earner, yet he has been revealed to be one of three players who have turned down the club’s request to take a pay cut to help out the lowest paid at the club.

Keane is also of the view that players shouldn’t be pressured to make alterations to their contracts and they should only take a pay cut if they wish to because football is business.

“From my own experiences in my contract situations either when I was at Forest or Man United, the clubs made it pretty clear to me on every aspect in any contract negotiations I had that it’s a business,” he said as quoted by the Express.

“I understood that but I signed a contract and I expect the clubs to honour that contract.

“I know circumstances have changed and I’m talking about the clubs who have the money available to them.

“When the clubs go to the players now – and again the big clubs who’ve got billionaires in the background – come and say ‘we’re in big trouble’, no no no – you honour that contract.

“If certain players in the dressing room wanted to give up their wages or keep their wages, good luck to them, but that’s up to the individual.

“This idea that we should be getting players to give up their wages with the big, big clubs – forget about it.

“These clubs are the first to tell you that this is a business, this is how it works.

“These guys have billionaires in the background – they’re ruthless, they’re shrewd people.

“Then they come looking for the players and they’re discussing cash-flow problems etc, I’ve heard it all before. I take no notice of it.”

What Ozil has done is indefensible but of course, certain characters will defend him. Roy Keane was a great player but a repugnant person that tried to end a fellow professionals career and betrayed his own country because of his selfishness. Naturally, he would defend Ozil, those sort of people stick together.

Hopefully, football will change and the likes of Keane and Ozil will be a thing of the past along with those that defend their egregious behaviour.

Arsenal boosted by claims that target ‘definitely’ fallen out with current manager
14 October 2021, 17:02