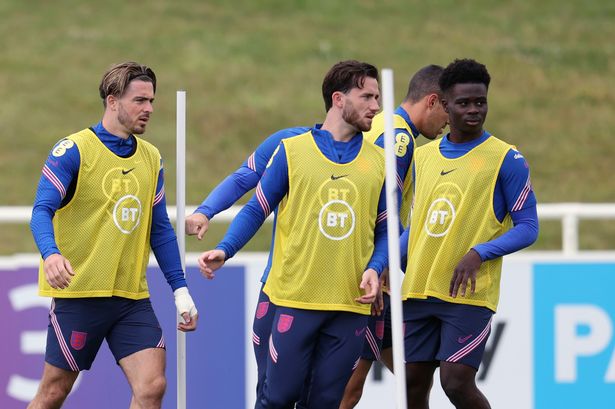 Bukayo Saka appears to be forming a special relationship with England team-mates Ben Chilwell and Jack Grealish, but there was an incident seen in training which confused the Arsenal winger.

Saka shined on his Euro 2020 debut this week, earning the UEFA Star of the Match award in their 1-0 win over the Czech Republic, and his form doesn’t appear to have been restricted to the big stage.

The youngster looked to be shining in training also as his side prepare for the knockout stages, and he even attracted a strong foul from England team-mate Kieran Trippier to earn a foul in a practice match, but it was his close-friend Ben Chilwell whose reaction caught Saka’s attention.

“That video kills me,” the 19 year-old told the Lions Den. “It was a foul (in training) and then Chilwell just booted the ball.

“At the time, I just booted the ball, so I didn’t see it. When I saw the video back then I couldn’t stop laughing. And I sent it to him, he was laughing as well.

“We have that banter. Me, Chilwell and Jack (Grealish). He didn’t take it too seriously, but I still don’t understand why he was that angry. We were beating them. Maybe that’s why.

“When I have asked him, he hasn’t given me a valid answer.”

Regardless of Chilwell’s reaction, Saka appears to be building a strong relationship with his England team-mates which can only help the morale around the dressing room, although none of the trio were selected to start in either of the first two matches of Euro 2020.

Could their jokes in training be working against their chances under Gareth Southgate?

Arteta confirms ‘two or three’ players being monitored ahead of Villa clash
21 October 2021, 10:59

Saka cleared to play Arsenal’s next match, despite being kicked against Crystal Palace
20 October 2021, 23:00