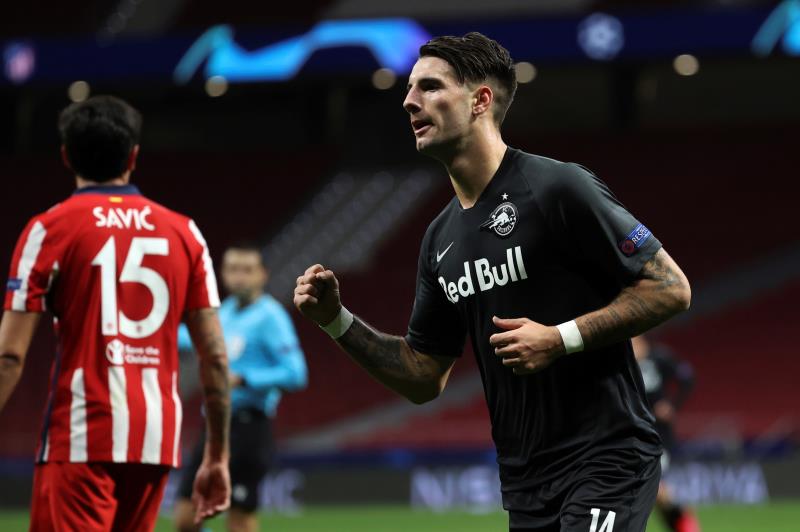 Salzburg boss admits Arsenal-target could be sold in January

The coronavirus pandemic has caused massive disruption to the last Premier League season, and also to the financial losses which affected most clubs, including Arsenal’s, ability to afford their transfer targets during the late summer transfer window.

It is now widely accepted that Mikel Arteta wanted both Houssem Aouar and Thomas Partey, but could only afford one, and the Express thinks that Arteta will now go back again in January and try and prise Aouar away from Lyon.

But after failing to land Aouar, the Gunners were strongly linked with another attacking midfielder, Salzburg’s Dominik Szoboszlai, who at 20 would appear to be the better investment. Now the Salzburg manager Jesse Marsh believes that Szoboszlai will be on the move in the January transfer window.

Speaking to the Futbol podcast, Marsh was asked whether was asked if he expected that the 20-year-old would leave in January, and he replied: “Yes,”

“The reality is that a guy like Dominik Szoboszlai is likely to have many suitors this winter.

Obviously Szoboszlai will probably be the subject of a bidding war, but it would be interesting to see how desperate Arteta is to get his attacking midfielder in January, considering how we are lacking a creator in our midfield, but Marsh’s statement certainly gives us hope that we won’t have to wait until next summer.