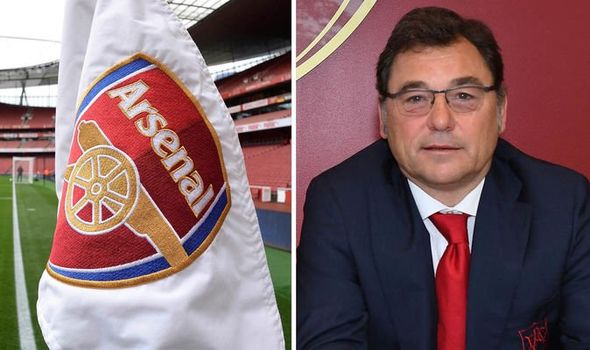 Sanllehi blames Covid for his sudden departure from Arsenal

There have been very many theories put forward as to the reasons for Raul Sanllehi’s sudden departure from Arsenal, from the overpaying of the transfer of Pepe from Lille, to his too-chummy relationship with Kia Joorabchian, but it looks now like it is being portrayed by Sanllehi as simply more cost-cutting from the Gunners after the loss of revenue due to the Covid-19 pandemic, which has had massive repercussions all over the world including the football sphere.

In this short statement, which he released to Chris Wheatley at Goonertalk he admits to being “frustrated and powerless” but he seems to harbour no ill-feeling towards the club and doesn’t blame anyone for forcing him out.

Here is Sanllehi’s statement in full…. 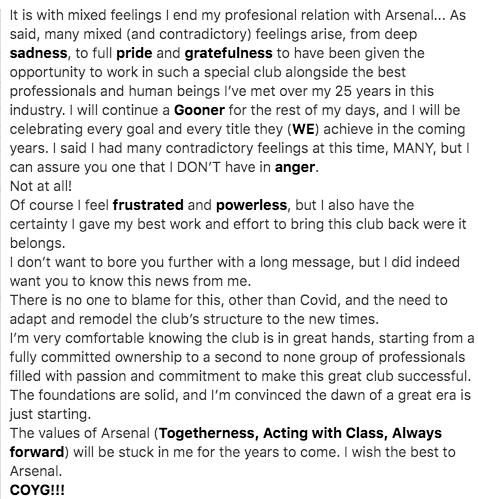 He talks about restructuring and remodeling in the new reality of Covid, so I am guessing that there will be a lot more changes to come (or downsizing may be the more correct word) on top of the scouts and the other 55 redundancies being discussed…

So, what do you think of that? Does that mean he wasn’t forced out, but merely a victim of circumstances?